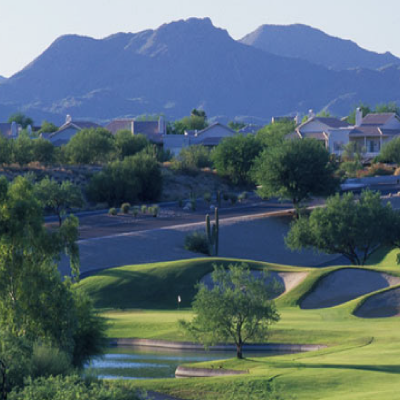 A narrow majority on Oro Valley Town Council passed a resolution on December 17, 2014 to purchase the El Conquistador Country Club, but the devilish details of the related contract, dated December 15, 2014 were not made available to all Council members until December 23, at 4:00 p.m.

Still, the controversial deal to purchase the country club from Humberto Lopez’s HSL Properties was pushed through by Mayor Satish Hiremath on a fast track. The contact with Troon Management, to which Oro Valley would be bound, was negotiated by HSL for the benefit of HSL and the visitors of its newly acquired El Conquistador Hotel and Resort.

Not only were council members and residents denied access to the Troon contract, they were denied a seat at the negotiating table. As a result, while footing the bill for the property, the residents will be treated, for utilization purposes, as second-class citizens.

Humberto Lopez, a shrewd businessman, made certain that Resort “guests will be allowed priority for booking and reservations at rates not to exceed the rates charged to the residents of the Town of Oro Valley.…..  Troon agrees to operate the Golf Courses in part for benefit of the Resort in a manner that allows its status as a franchised resort with Hilton Hotels and Resorts.”

According to the Town’s PROPOSED ORO VALLEY COMMUNITY & RECREATION CENTER, TENNIS, AND GOLF COURSES webpage, under FREQUENTLY ASKED QUESTIONS, it appears that residents will possibly enjoy only a “resident discount membership.”

Q  Will the golf course be membership-based or open to the general public?

A Both. The golf courses and restaurants will be managed by a contracted entity who is in the business of golf. There will be memberships, daily rates, and multiple special rates based on season, time of day, etc. The rates are being discussed, and an Oro Valley resident discount membership will be available.

Whether they ultimately get a discount or not, residents will be required to pick up the tab for Troon employees, or “affiliates of Troon not employed at the Facility is temporarily assigned to the Facility, the Town will pay all costs for travel for travel to and from the Facility.”

While many members of the Country Club had hoped that a change in management might provide more transparency in the decision making process, the new deal with Troon removes nearly all control. So, while residents may have more access to information, there is little they can do with it; Troon will control everything from green fees to rentals.

It appears that if the Town should decide to cancel the contract, it will have to pay $144,000. There are incentive opportunities, but no penalties if Troon does not perform.

Aside from being denied access to information, much of the information the council members and public were told was inaccurate to say the least.

According to the Town’s website, the deal included “324 acres of land, a 31,475 square-foot building, restaurant, 31 tennis courts, 45 holes of golf and two swimming pools for $1 million. The country club will be converted into a municipal community and recreation center.”

In reality, 31,475 square-foot building is almost 21,000 square feet, according to sources.  Many familiar with the property had questioned the square footage number before the Council’s vote, but were dismissed out-of-hand as enemies of progress.

Also, the 31 tennis courts mentioned above, include the 16 at the Resort, which will be managed by Troon, and according to the contract, “The Town, in its discretion, may elect to portions of the clubhouse, the pool and the 15 lighted tennis courts adjacent to the clubhouse.”

Those 15 lighted tennis courts are the only courts which currently require resurfacing, according o sources.

Because laws such as Sarbanes Oxley, whereby corporate board members are held personally responsible for fiscal irresponsibility, do not extend to elected officials, there is little that holds them responsible for misleading the public or breaching their fiduciary duties. Rejection in the ballot booth is the one of the few ways that residents can hold their representatives accountable. To that end, within hours of the Councils’ vote to proceed with the acquisition, a bipartisan group filed and began circulating petitions to put the matter before the voters.

The group, Tee’d Off Over Tax Hike, (T.O.O.T.H. in OV), is currently circulating petitions around and town and have until January 16 to gather enough signatures to qualify for the ballot.

Mayor Hiremath, in a recent radio interview, made it very clear that providing a gathering place for Town residents is not the driving motive behind the deal. It’s about control. A popular Oro Valley blog; LOVE: Let Oro Valley Excel, offered a transcript of Hiremath’s explanation:

“Sometimes individual rights have to be superseded by the greater good. Because here is what is going to happen. (NOTE: THIS WAS CITED AS 800 HOMEOWNERS BY THE MAYOR DURING WEDNESDAY NIGHT’S COUNCIL MEETING) You have over 1,300 homeowners who live on the golf course and if they are successful in getting the referendum through, everything stops. And when everything stops what’s going to happen is that either another buyer is going to come in and somebody else is going to control that 330 plus acres or Lopez himself is going to control the destiny of some of the acres because I don’t think that anybody realizes what the entitlements that are already there on those 330 acres. Some of them are single family homes, other ones which are a conditional use permit for gas stations. There are many other things.

So the core of the issue to me has always been who is going to control the 330 acres of land. Are we going to leave that much acreage in the middle of the town of Oro Valley to chance or are we going to control it and enhance it and offer services to residents that they don’t currently have. So, it really isn’t about a golf course, it’s not about a community center. Those are just benefits.

This referendum is sad because they just look at the golf course and they don’t focus on property values and who is going to control the 330 acres.” (Source: Transcription of KVOI Broadcast)

Hiremath is fighting for control of the land, but has entered the Town into a contract that provides minimal control and nearly all the expense.

It is that expense that has many on both sides of the aisle concerned. The necessary increase in sales tax will hurt the elderly in the area living on fixed income, and the shoppers from economically stressed communities like Catalina and Oracle who come to Oro Valley for the closest discount shopping.

The long term expense associated with a declining golf market is a huge concern for many in the area. While residents were told the only out of pocket expense would be the initial $1 million for the property, the ongoing costs associated with the maintenance of the property along with the wish list of amenities will likely cost residents millions into the future.

Check back on Monday for more in-depth coverage of Troon

Editor’s Note: Tee’d Off Over Tax Hike, (T.O.O.T.H. in OV), volunteers can usually be found outside the Oro Valley library gathering signatures. Organizers advise the public to check their website for updates on the expanding times and places to sign the petitions.