Admittedly, this article will be viewed by many as politically incorrect and may even result in fewer invitations to speak on college campuses, however, a frank discussion on why police officers shoot unarmed young black men and why they get arrested at Starbucks is long overdue. Instead of blatant racial prejudices, the root cause of this phenomenon is the perception that there is a strong association between African-Americans and violence. This frequently translates into an instinctual fear on the part of police officers and, not only Starbuck managers, but all restaurant managers, generated by a distorted assessment of the threat posed to them when confronting young black men.

This fear on the part of many police officers and presumably the concern on the part of the Starbucks manager in Philadelphia who placed a 911 call to the police, is not without statistical justification. While blacks only comprise about 13% of the U.S. population they comprise 29% of those arrested for violent crimes.1 In black neighborhoods, homicide is the most common cause of death for African-American men aged 15 to 34.2 As a result of these statistics, white Americans strongly associate violent crime with racial minorities. 3

In 1993, Rev. Jesse Jackson told a Chicago audience, “there is nothing more painful to me at this stage in my life than to walk down the street and hear footsteps and start thinking about robbery – – then look around and see somebody white and feel relieved.” This implicit, rationally based bias directly effects how the public, (including restaurant managers) and police officers evaluate ambiguous, and potentially threatening scenarios when confronting young black men. This bias will frequently and understandably cause the average police officer, or any individual, to jump to conclusions when assessing whether a suspect is armed or not.

Scientific studies have demonstrated why police officers sometimes make mistakes when confronting African Americans.4 In these studies, white college students were primed with images of either black or white faces and asked to identify whether an object being held was either a gun or some other object. The studies demonstrated a marked reduction in accuracy on the part of white students, causing them to mistake ordinary objects for guns, when shown a black face, rather than a white face.

This study may explain the Sacramento police shooting which occurred at night, with limited visibility, in which 22-year-old Stephon Clark, an African- American, was killed.  Clark, was seen by surveillance cameras breaking into at least three vehicles and a neighbor’s home. When confronted by two police officers, responding to a 911 call, Clark was instructed: “Show me your hands”. At that time, Clark was holding a cell phone in his hand, which was mistakenly perceived as a weapon.

It may also explain why a Starbucks manager in Philadelphia elected to call the police when confronted by two young black men who were in her restaurant for reasons not involving the purchase of coffee or something to eat. Some reports of the incident indicated that they were there waiting for a friend to arrive, other reports indicated that they were in the Starbucks restaurant for the sole purpose of using the rest-room. In either case, they were guilty of criminal trespass in the 3rd degree, after remaining on the property after a reasonable request by the owner or other person having lawful control over such property.  The laws against trespassing apply to all persons, white and black.

Furthermore, almost no one believes that the planned racial bias training for 175,000 workers in close to 8,000 stores on the afternoon of May 29th announced by Starbucks chief executive, Kevin Johnson will have any effect on the perception that there is a correlation between violent criminal behavior and young black men?” Unfortunately, studies that have been conducted on the incarceration of African-Americans for various crimes, support this correlation. In 2014, a study conducted by the NAACP showed that African-Americans, who make up 12% of the general population, constituted 34% of the nation’s prison population, a rate that was more than five (5) times that of whites. 5

The only way to change the perception of a correlation between crime and African-Americans is for African-Americans to undertake a determined effort to bring about a fundamental change in their culture. Perhaps, the Rev. Martin Luther King, Jr. said it best in his “I Have a Dream Speech: “I have a dream that my four little children will one day live in a nation where they will not be judged by the color of their skin, but by the content of their character.”

In building character, African-Americans must start by shedding their “victim” mentality. The reality is that racial discrimination in this country was shown to effectively end with the two-term election of Barack Obama as our 44th President. Except for the Klu Klux Klan and other similar organizations, a hard-working, educated African-American, rather than being discriminated against, is usually greatly admired in present day society, for rejecting the notion that one’s goals and dreams can’t be realized, if one is willing to endure the toil and sacrifices that successful people of all color must sometimes endure.

Building character, to a large extent, begins at an early age, by children adopting their parents as role models, with fathers as the principal role model for male children. With 77% of African-American children born out-of-wedlock and raised only by their mothers 6, the opportunities to develop good character are greatly reduced. Instead, black males, raised in a single parent home, as they grow older, look to street gangs as models to fill the void left by absent fathers.

In view of this seemingly and deeply ingrained culture in the black community, which does not appear to sufficiently disapprove of black fathers abandoning their children, this will not be an easy adaptation, but it must be accomplished if we are to eliminate the perception of a correlation between African-Americans and criminal behavior.

In addition, the drop-out rate of African-American school children must be reversed. In a 2005-2006 study conducted by the NAACP, the high school dropout rate for black students was over 50%. 7 The nation-wide drop-out rate for black college students has remained steady at approximately 65% in recent years, compared with a drop-out rate of only 38% for white college students. 8   Those without at least a high school education have greatly reduced prospects for obtaining a job that will support either themselves, or a family. This inevitably leads to a feeling of low esteem for many black youths and a multi- generational reliance on welfare benefits and food stamps, which instead of benefiting African-Americans entrap many into a life of poverty.

It is time that the African-American community looks inward, rather than at racial prejudice for their inability to achieve their goals of economic and social equality. Instead of Starbucks closing its stores for racial bias training, perhaps the black communities should organize neighborhood meetings designed to educate its residents to “look inward” and understand the reasons for the perceptions that large portions of the white community has developed.  Is it too much to ask that when Black Lives Matter, organizes their next demonstration, instead of angrily turning over police vehicles and looting stores, they should consider marching peacefully through our inner cities with messages on banners and signs: “We have met the enemy, and it is us.” 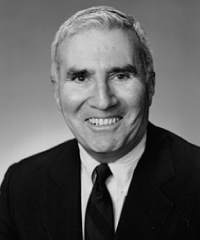 Jack Levine, now retired, was an active member of the Arizona Bar from 1964-2017.  He is a graduate of the New York University School of Law.  After graduating he served as a Special Agent with the Federal Bureau of Investigation.   He was a member of the State Bar of Arizona’s Board of Governors from 2011-2013 and is a past Chair of the State Bar’s Sole Practitioner/ Small Firm Section’s Committee on Lawyer Discipline.

About Jack Levine 4 Articles
Jack Levine is an Arizona attorney. He was instrumental in exposing the corruption of FBI Director J. Edgar Hoover.