Yuma Sector Border Patrol agents captured shocking video footage of a group of 111 Central Americans after they illegally entered the country and apprehended on Sunday night.

On Tuesday morning, U.S. Border Patrol agents from the Ajo Station encountered 231 Central Americans after they illegally entered the country and surrendered to agents west of Lukeville. 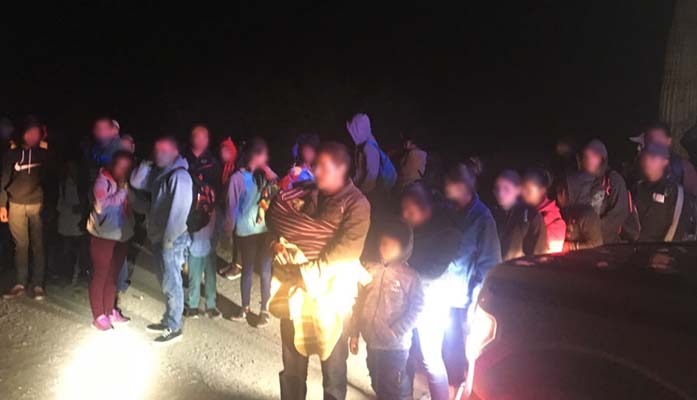 At approximately 2 a.m., multiple technology systems spotted several groups in a remote area near Quitobaquito Springs. Border Patrol cameras continued to watch the groups while agents moved into the area.

A Department of Homeland Security health team was deployed to assist with medical evaluations for the group, which consisted of 231 individuals, mostly family units and unaccompanied juveniles from Guatemala, Honduras, and El Salvador.

The crossing point the group used is the same location where a group of 399 people surrendered to agents last week. A few days after the group of nearly 400, armed smugglers were seen in the area directing a woman and child to cross the international border.