Former Bush for President and Kasich for President leader Kim Owens is running for the Republican nomination for Arizona Corporation Commission.  While she has been taking a bit of a beating for her deep SRP connections and their potential impact on her impartiality, she has also been hearing quite a bit from GOP activists for her long history as a Never-Trumper. 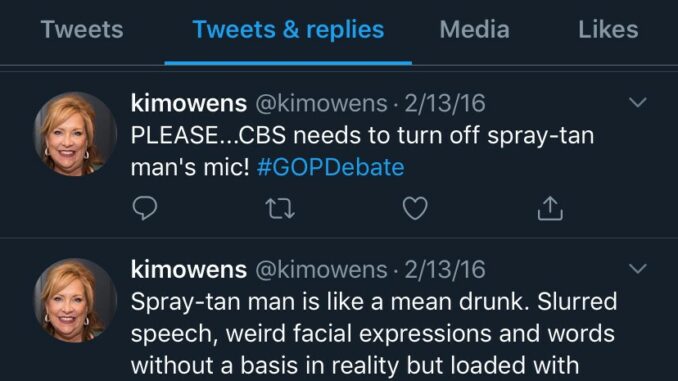 Recent submissions to the MCRC Briefs seem to indicate that prior to announcing her run for office, Owens scrubbed her Twitter account of its anti-Trump content, but not before some users captured some tweets that compared Trump to cancer and other #NeverTrump sentiments. 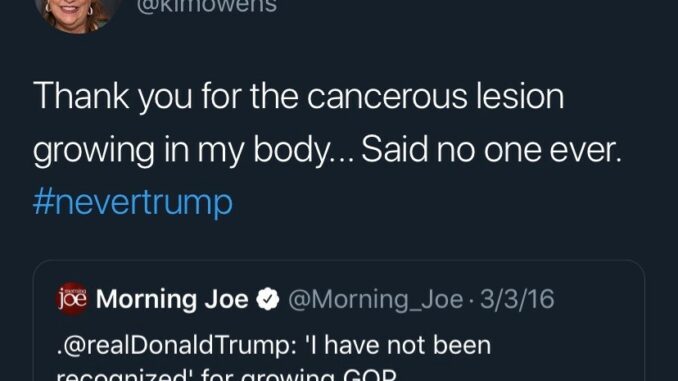 None of this was enough to stop Congresswoman Debbie Lesko from endorsing Owens though. 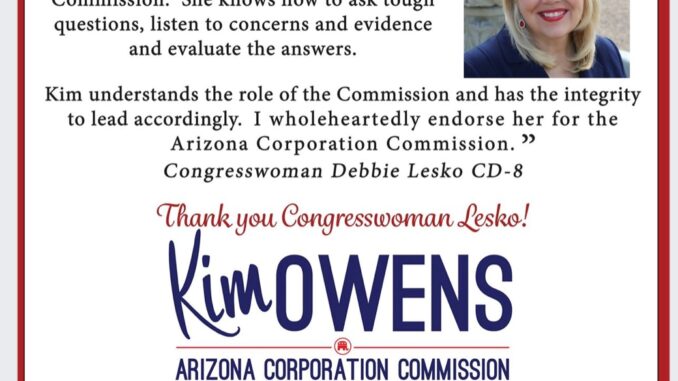 Lesko, who complimented Owens’ integrity and judgment, has made a few endorsements since being elected to Congress as a self-proclaimed Freedom Caucus Conservative, including moderate pediatrician Joan Perry who lost a GOP runoff battle to Freedom Caucus endorsed Greg Murphy in North Carolina (earlier this year).  Owens and several more moderate activists in the party were very active on behalf of Lesko when she ran for Congress against the more conservative Phil Lovas, Steve Montenegro and Bob Stump, so this may simply be repaying a favor.

It remains to be seen what kind of a boost Owens can get from the Lesko endorsement.  Owens faces a crowded primary field that includes current Commissioners Boyd Dunn and Lea Marquez Petersen, former APS Super PAC Chairman Eric Sloan, State Senator David Farnsworth, and Neil Desanti.  2018 nominee Rodney Glassman is also rumored to be running again, although he is currently under consideration for Maricopa County Attorney so his candidacy is very much up in the air.  There are three seats open, so the top three vote-getters will proceed to the general election.