Parents, taxpayers, and education activists with questions about the “Deep Equity” programs in the Kyrene and Chandler school districts are growing frustrated. That frustration stems from the sometimes-aggressive tactics employed by school officials, who appear to be unwilling to take their questions and concerns seriously.

From employing the marginalization through accusation to simply ignoring requests for information, school officials, including school board members, appear to be defending the highly controversial Corwin “Deep Equity” program that few of them have even reviewed or completely understand.

In the instance of Chandler Unified School District, employees have reportedly gone so far as to start following pesky parents on social media and demanding their material be removed by site administrators. The subtle harassment of activists on Facebook and Twitter by school employees has sent a chill through groups like Purple for Parents.

While the “Deep Equity” teacher training is problematic – drawing even complaints from teachers subjected to the material – it is the YES! program that has caused serious concerns. Specifically, activists are very concerned about the training “student leaders” are receiving through Corwin’s YES! training for students as part of “Deep Equity” program.

Recently, parent and education activist Michelle Dillard, a member of Purple for Parents, addressed the Kyrene Unified School Board with her concerns about the program and the District’s not-so-subtle attacks on her:

Hi, my name is Michelle Dillard, and I’m here today because I have requested several times to see the materials on the Corwin “Deep Equity” program and I continue to be blocked and denied in bizarre ways. I received an email response back that actually stated other parents’ names and said this is what I told them. I’ve been accused of threatening the district in an email and then within 24 hours of receiving that, in a phone call with a third party I was told that that person had heard that I had threatened the district; so it’s obviously being spread by word of mouth. I think that this is a way of trying to deter me from pursuing getting to see these materials and you’d have to ask why? Why would these kinds of tactics be used that are basically bullying and blocking? I’m pretty resourceful and so I think I figured it out because I don’t think anyone here wants the parents to be able to see what is being pushed on their children and taught to the teachers because it is very divisive and it’s racist.

I think that they’re trying to not let us see it because they’re afraid that the parents will say ‘no we’re not having it.’ I think you’re right because I grew up in a time when we were taught to embrace the words of Dr. King. Where you judge individuals based on their merits and their character and not by the color of their skin. The Corwin program that you’re pushing on teachers and students actually does a 180; complete opposite and explicitly says ‘see color.’ Those words “see color.” Okay, that’s completely wrong. It’s the wrong message to send and parents don’t want that type of racism to be put into their kids’ minds. The victim mentality that you’re giving the kids, we’re not interested in having.

Either the irony is not lost on me that I stand before you; a person of color, and I’m looking at a lot of white faces. Okay and you unanimously voted for this program so which one of you is gonna be the “White Ally” here and step down to make room for a person of color to be appointed to the board. I mean is it just a virtue signal vote because that’s what it looks like from here.”

Dillard, who identifies as “oriental” (she rejects the idea that the term “oriental” is a pejorative), does not believe the YES! training is about equity at all. She rejects the program, which forces the racialization of young students, as one that will not close the achievement gap. She and others, after reviewing the material, believe that the subject matter has virtually nothing to do with improving an educational environment and everything to do with promoting a political agenda.

A review of the YES! program seems to support their claims. 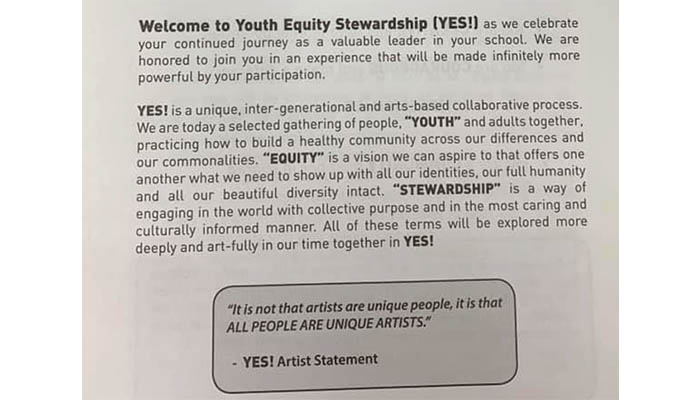 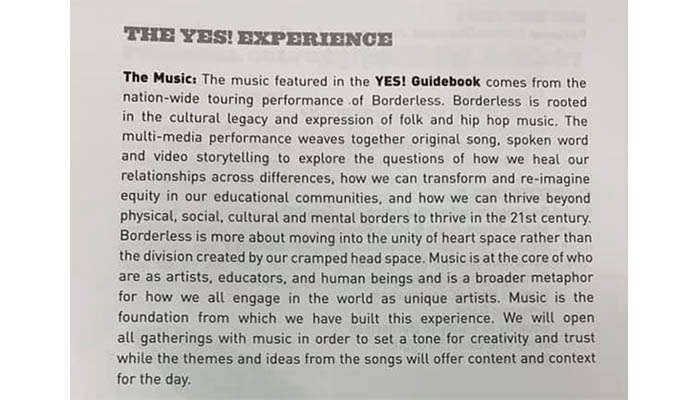 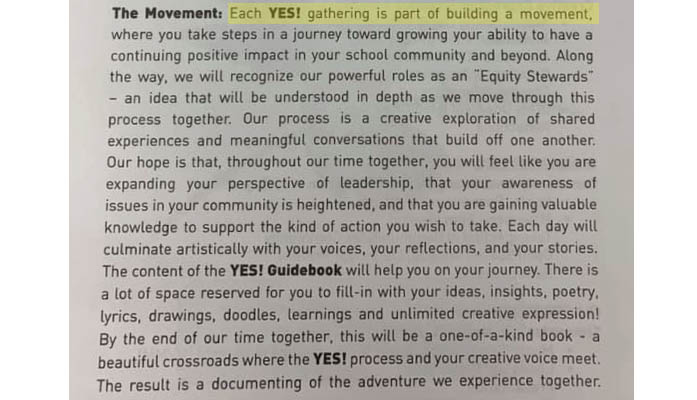 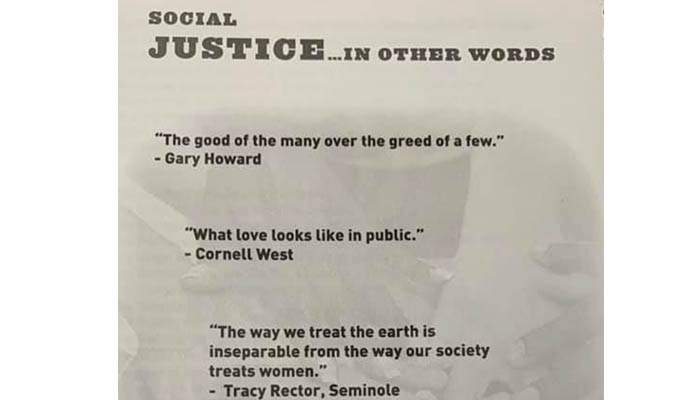 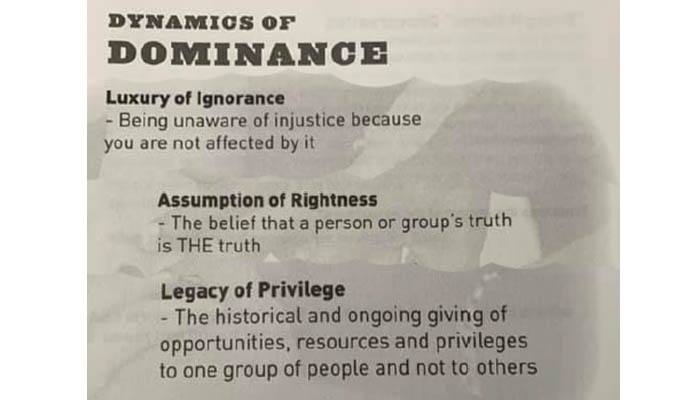 A student (not in CUSD) describes what he learned during the personal culture/personal journey phase of YES! He discusses the lesson on the “White man’s dollar:”