Star reporter Henry Brean writes: “Human-caused climate change could drive close to a third of all plant and animal species worldwide to extinction in the next 50 years, according to a new study by researchers at the University of Arizona. Without a concerted effort to curb global warming, roughly 3 million species could be lost by 2070, warned UA professor John Wiens, who co-authored the study published last week in the Proceedings of the National Academy of Sciences.” “What happens is up to us,” Wiens said. “If we do nothing, there’s going to be a massive loss of species. If we take action … we can cut that in half.”

Recent responses to climate change reveal the drivers of species extinction and survival
by Cristian Román-Palacios and John J. Wiens

The paper was published February 10, 2020 in PNAS (Proceedings of the National Academy of Sciences.) The PNAS paper is paywalled but you can read the full paper from Prof. Wiens’ website.

“Climate change may be a major threat to biodiversity in the next 100 years. Although there has been important work on mechanisms of decline in some species, it generally remains unclear which changes in climate actually cause extinctions, and how many species will likely be lost. Here, we identify the specific changes in climate that are associated with the widespread local extinctions that have already occurred. We then use this information to predict the extent of future biodiversity loss and to identify which processes may forestall extinction. We used data from surveys of 538 plant and animal species over time, 44% of which have already had local extinctions at one or more sites. We found that locations with local extinctions had larger and faster changes in hottest yearly temperatures than those without. Surprisingly, sites with local extinctions had significantly smaller changes in mean annual temperatures, despite the widespread use of mean annual temperatures as proxies for overall climate change. Based on their past rates of dispersal, we estimate that 57–70% of these 538 species will not disperse quickly enough to avoid extinction. However, we show that niche shifts appear to be far more important for avoiding extinction than dispersal, although most studies focus only on dispersal. Specifically, considering both dispersal and niche shifts, we project that only 16–30% of these 538 species may go extinct by 2070. Overall, our results help identify the specific climatic changes that cause extinction and the processes that may help species to survive.” 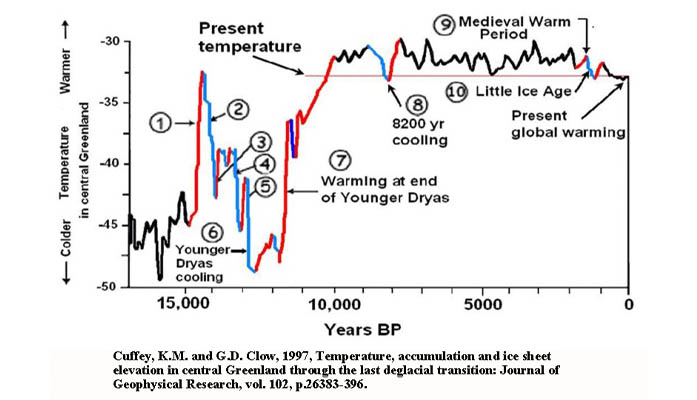 The species extinction prediction numbers are based upon temperature projections from climate models and extrapolated to guess possible future temperatures.

“In climate research and modeling, we should recognize that we are dealing with a coupled non-linear chaotic system, and therefore that the prediction of a specific future climate state is not possible.” — Final chapter, Third Assessment Report, IPCC.

The researchers speculate that past local extinctions in the areas studied may be related to climate change, but they present no physical evidence to support the speculation. There may have been other factors contributing to extinction.

Both Star reporter Henry Brean and researcher Wiens cite “human-caused” climate change by which I assume they mean carbon dioxide emissions. However, there is no physical evidence that shows carbon dioxide plays a significant role in controlling global temperature.

The researchers recommend: “…our results also suggest that successful implementation of the Paris Agreement targets (i.e., warming <1.5 °C by 2100) …could help reduce extinctions considerably, possibly to 16% or less by 2070. My, how politically correct.

New Study shows that impact of carbon dioxide rising to 700 ppm is about 0.5°C