The death of an inmate who was Tasered several times while restrained at the jail annex in Willcox operated by the Cochise County Sheriff’s Office (CCSO) last year is the subject of lawsuits filed this month alleging excessive use of force and wrongful death. 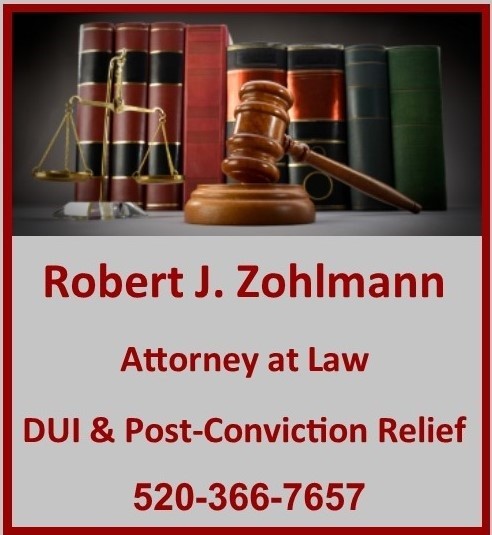 Luke Ian Hyde of San Antonio, Texas died March 10, 2019, six days after he stopped breathing in a cell while strapped into a restraint chair. He had been Tasered six times in 15 minutes after becoming agitated while spending more than five hours in a holding cell, according to state and federal lawsuits filed March 10, 2020 his parents.

Jon and Michelle Hyde are suing Cochise County, Sheriff Mark Dannels, the City of Willcox, Willcox Public Safety Director Dale Hadfield, and several city and county employees for several causes of action, including violations of the Civil Rights Act. The government entities are being sued under vicarious liability while the other defendants are being sued in their official capacity.

Court records show Hyde, 26, was driving through Willcox on his way home when he was pulled over by Willcox Police Cpl. Jericho Valle. He was arrested on suspicion of DUI before being transported to the county’s jail annex where he was booked in shortly before 2 a.m. March 4.

The parents’ lawsuits allege authorities confiscated several prescription medications their son needed to treat severe mental health conditions, including schizophrenia. Hyde was not administered any of his medications during the hours he was in the cell, but it’s unclear whether he was screened by or treated by a licensed medical or mental health practitioner during that time.

Hyde’s parents contend the events leading to what they call their son’s “tragic and untimely death” were captured on jail video. That video, they claim, shows Hyde voluntarily submitting to a blood draw and then spending more than five hours alone in his holding cell.

Around 7:30 a.m., Hyde appears restless or agitated just minutes before he charges toward the concrete cell’s metal door. After hitting the door, he falls and hits his head on a metal slot in the door.

“It was only after being deprived of his prescribed medication for six hours that Luke’s behavior turned erratic,” the lawsuits allege. “A cursory inspection of the medication would alert any trained officer or jailed that unless Luke received these medications in a timely and prescribed fashion his mental health would likely deteriorate.”

The video purportedly shows two sheriff’s office employees entered Hyde’s cell around 7:50 a.m. At first, Hyde appear to calmly walks out of his cell before running through the building with three detention officers in pursuit.

Hyde, who stood six feet, two inches tall and weighed about 200 pounds, finally ran into a dead end. As he stands against a wall facing the three detention officers, he is Tasered three times in less than 30 seconds as the officers struggle to handcuff him.

A few minutes later two CCSO patrol supervisors arrived at the jail. Hyde is then punched on his lower extremities several times and Tasered again before being placed on a restraint chair with his hands cuffed behind his back.

At that point two officers with Willcox Police are present as Hyde is Tasered one more time before being fastened into the restraint chair.

According to the lawsuit, approximately 15 minutes elapsed from the time Hyde ran out of his cell until he was fastened into the chair. He had been Tasered six times.

Shortly before 8:30 a.m. Hyde is seen on the video gasping for air. A few minutes later he is removed from the restraint chair and various officers administer first aid -including the use of an Automated External Defibrillator- until Hyde is transported from the jail at 8:43 a.m. to the nearby Northern Cochise County Hospital.

Hyde was later flown to Tucson Medical Center where he was diagnosed with anoxic brain injury from lack of oxygen. The sheriff’s office obtained a court-order formally releasing Hyde from custody March 6, ending the county’s responsibility for his medical care.

On March 9, Hyde was removed from life support at TMC. He was transferred to a local hospice where he died the next evening with his parents by his side.

The autopsy report issued by the Pima County Office of the Medical Examiner listed the cause of death as the combined effects of blunt force injuries, bipolar disorder with psychotic features, attention deficit disorder, and heart issues including cardiomegaly and coronary artery atherosclerosis.

The medical examiner listed the manner of death as undetermined, meaning there was not sufficient evidence to determine if it was an accident or homicide.

Formal answers to the lawsuits won’t be due for several weeks. The Willcox defendants and the Cochise County defendants are all being represented by Jim Jellison, an attorney retained by the insurers for both the city and county.

Chief Hadfield declined to discuss the pending litigation, while neither Jellison nor the Sheriff Dannels responded to a request for comment.