Assessing that response is difficult, he said, because each county handles issues independently. Cochise County, where he lives, has taken approaches different from those of Maricopa and Pima counties. He supports local officials dealing with the pandemic rather than state or federal officials.

“I think that you should be able to go out and earn a living and have a paycheck,” Martin said. “I believe that we need to look at this going forward and say, ‘You know, it’s not fair.’”

Martin asserts that the primary role of government should be educating citizens to make the best decisions for themselves. He disagrees with government mandates that force some industries to close while allowing others to stay open.

If elected, what steps would you take to mitigate the impact of this disease?

Martin reiterated his belief that the best control is at the local level. The federal government, he argued, “should just be informing people as much as possible.”

Substantial decisions, such as sending kids to school, should be left to the parents and the school districts, he said.

Mail-in voting is a concern, Martin said, based on numerous stories he has heard.

“I was told by people out there that say there’s ballot harvesting going on. There are people who fill out other people’s ballots for them and stuff like this,” Martin said.

He holds that a secure election is attainable through in-person voting at the recorder’s office or the polls. Mail-in voting, he said, leaves “room for error.”

In Tombstone, Martin said, he does not see the negative portrayal of race relations he ascribes to mainstream news media.

“I think people who want to cause trouble and want to see division and promote it are really distorting what America is really about,” he said, “because at the essence of everything, it’s about individual freedom, and it’s about education.”

Other than a few people causing trouble, Martin maintains that race relations are fine because America’s “way of thinking” is “far advanced.” Nonetheless, he said, the division that exists at certain levels of politics and in the news media needs to stop.

Martin said the 2nd Congressional District, which abuts Mexico, faces a security issue. Border security has affected both the economy and health care because of human trafficking and drug smuggling, he said, adding that Cochise County has lost population because of border problems.

“No one wants to come down and open up new business if they think that they’re going into a community where they have these issues,” Martin said. 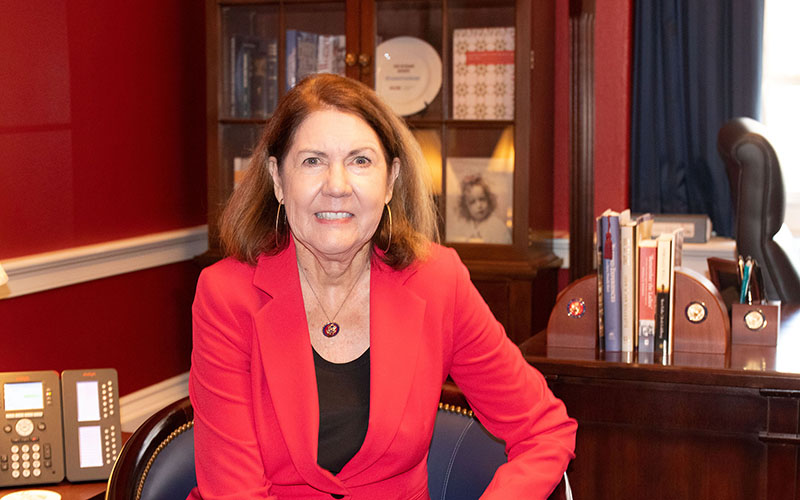 He wants to secure the border with more physical patrols and make sure laws are being followed correctly. New laws won’t be effective until those on the books are enforced, Martin said.

“We need to secure the border first, and then we need to find the best way to increase people coming into this country that are going to contribute to this country and want to come here legally,” he said.

In the Army, Martin took an oath to defend the Constitution three times. He believes strongly in the promises presented in America’s founding documents, and that dedication to upholding those promises makes him a better candidate.

“I want to make sure that we have all the freedoms and liberties that we’re supposed to have and stop government overreach,” he said. “And that means we need to take a look at what the purpose of government is: to protect life, liberty and property.”

Martin said putting aside his individual biases as an elected official is important.

“I may have personal beliefs that are different from yours or someone else’s in the district, but that doesn’t mean that I’m right,” he said. “As an elected official, I would have a set of parameters written out in the Constitution that would define my job.”

With social and political turmoil occurring daily, Martin said, Americans must think about the purpose of government and how it fits into that turmoil. Every group in society has a “human element that can never be completely removed.”

“We need to continue to acknowledge (that) there’s laws that need to be changed if you’re living in a certain area of the country,” he said.

Martin encourages voters to educate themselves on the root causes of issues affecting their communities, which will prepare them for participating in modifying laws at the local, city and county levels for the betterment of everyone.

Martin, who ran for the same House seat in 2018, said meeting with and listening to people from all walks of life poses its challenges, as are attending events and making fundraising calls. Martin has to remind himself to stay focused on the end goal.

“I always keep myself in check and say, you know, this position is about representing the people of Arizona’s Second District. And I think I do a pretty good job of that,” he said. “I think if more of our politicians would keep it in check a little bit of their ambitions, we’d be a lot better off.”

His campaign also has faced difficulties with COVID-19 restrictions. He said he is willing to meet with people in any forum possible, but he wants to see Arizonans getting back to living life more fully.

“If you look at the numbers and you look past what’s going on in the political realm,” Martin said, “we need to be able to provide for our families and continue to have the freedom to assemble with our friends and family and loved ones.”

Martin said he lives by the Golden Rule – treat others the way you want to be treated. Abiding by this rule would solve many problems occurring in America right now, he said. He also lives by several best practices, such as learning from others and not redoing work that’s already done.

“We just need to look at things, step back from all the crazy rhetoric and realize that the best way moving forward is to just take a deep breath and realize the other person (has) their priorities,” Martin said. “We need to meet in the middle and see where everything shakes out.”