With the election just days away, Cronkite News is profiling candidates who are on the Nov. 3 ballot.

Kirkpatrick said the pandemic has been managed fairly well in Arizona, giving much of the credit to mayors and local efforts.

Despite the lack of personal protective equipment in the early stages of the pandemic, she said, Arizonans have stepped in to ensure health care workers have the necessary supplies to perform their job.

However, top leadership at the state and federal levels has been lacking since the start, Kirkpatrick said, adding that lawmakers didn’t seem to take it seriously.

“You know, there’s still no statewide mask mandate, and there should be,” Kirkpatrick said. “It has shown to be a precautionary measure that works.”

She also criticized the Republican-led Senate for not doing enough to help Americans survive as the economy struggles to rebound and COVID-19 cases nationwide continue to rise. The House in May passed another round of stimulus and relief measures but the Senate has not addressed the bill, which has a $3 trillion price tag.

“The Senate is holding up legislation that American families are depending on, and so we need to get the Senate to move that legislation, pass it, get it before the president,” she said.

If reelected, what steps would you take to mitigate the impact of this disease?

In Congress, Kirkpatrick has been a staunch supporter of healthcare, particularly the Affordable Care Act (ACA), which passed while she represented Congressional District 1 in 2010. Also known as Obamacare, it expanded health insurance coverage to thousands of uninsured Arizonans and prohibited insurers from denying coverage because of preexisting conditions. Such features are vital during the pandemic, Kirkpatrick said.

Although the ACA is a step in the right direction, she said, further measures are needed, including hazard pay for frontline workers risking their lives, more PPE and a healthcare system that is fully equipped. She also supports “Medicaid for All.”

In addition, Kirkpatrick said she is working to reduce the cost of health care, making commonly prescribed medications more affordable, protecting individuals with preexisting conditions and ensuring the cost of insurance is reasonable.

Kirkpatrick said she has no concerns on a local level, as Arizonans have been voting by mail for a long time.

“We have a pretty secure system in place, not something new,” she said. 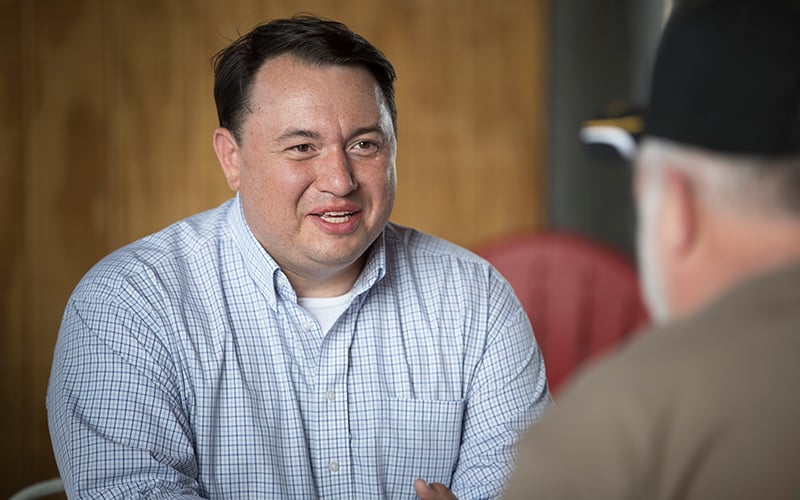 The congresswoman is more worried about fraudulent activity and interference from foreign countries.

“I’m worried about 2016 being repeated from the foreign interference. That worries me more than anything else,” said Kirkpatrick, citing Russian efforts to get Donald Trump elected four years ago.

Kirkpatrick said Arizona is a diverse place with many minority communities, and her staff is constantly making efforts to address their issues.

Staff members conduct “listening sessions” with communities of color and Native people to hear about their experiences and concerns. During the pandemic, she said, they use Zoom.

She also is trying to hold one event per month to listen to constituents’ needs as much as possible.

Slowing the pandemic and making sure the healthcare system holds up are the greatest issue, she said.

In addition, said Kirkpatrick – whose district adjoins the border with Mexico for hundreds of miles – immigration reforms are needed.

Improving the 106-year-old border port of entry at Douglas, across from Agua Prieta, Mexico, is a pressing need, she said.

“We count on a lot of commerce coming in from Mexico,” Kirkpatrick said. “That port of entry needs to (be) modernized.”

“The fact that I grew up on a Native American reservation gives me a different perspective from other members of Congress and other people in the delegation,” said Kirkpatrick, whose family owned a general store on the Fort Apache Reservation in eastern Arizona.

She credits her upbringing for the ability to experience, embrace and respect different cultures.

She also said growing up in a household where her parents held different political beliefs but worked together has helped her find common ground with others.

“My parents would debate and discuss things, but at the end of the day, we were all family and found common ground,” Kirkpatrick said. “And that’s how I approach my work in Congress.”

In congressional meetings, she said, she goes out of her way to sit down with people whom she has never met and learn about their journeys.

She also said serving on the powerful House Appropriations Committee, which is responsible for distributing funds allocated by Congress, helps her better understand how to get funding for Arizona projects.

The challenge for her and her team is to be accessible at a time when in-person appearances are very limited.

“People want a representative that they know that they can reach and who is listening.”