“In our time, political speech and writing are largely the defense of the indefensible.” – George Orwell

During the presidential campaign, candidate Biden urged us to “follow the science.” On his first days as president however, Joe Biden ignored the science and issued dozens of executive orders that profoundly change U.S. policy on energy and climate. Many of the policies kill American jobs, but the Biden administration promises that those jobs will be replaced by new “green” jobs. Question: shouldn’t the “green” jobs have been created before killing existing jobs? The stated rationale for these changes is that we are in a “climate crisis” that is an “existential threat to the planet.” However, there is no physical evidence supporting the claim of a “climate crisis” or that carbon dioxide emissions from burning fossil fuels are the principal cause of the “crisis.” There is, however, physical evidence that all climate changes we have experienced fall within natural variation. The only crisis is purely political.

Biden tells us to follow the science, but his policies demonstrate that he and his administration are ignorant of the science.

Biden wants to reduce carbon dioxide emissions to “net zero” by 2050 by eliminating fossil-fuel generated electricity and going exclusively to electric vehicles. Such a reduction will have no significant effect on global temperatures. Building enough solar and/or wind generating stations to replace fossil-fuel electric generation will take up enormous amounts of land and destroy wildlife habitats and farms. 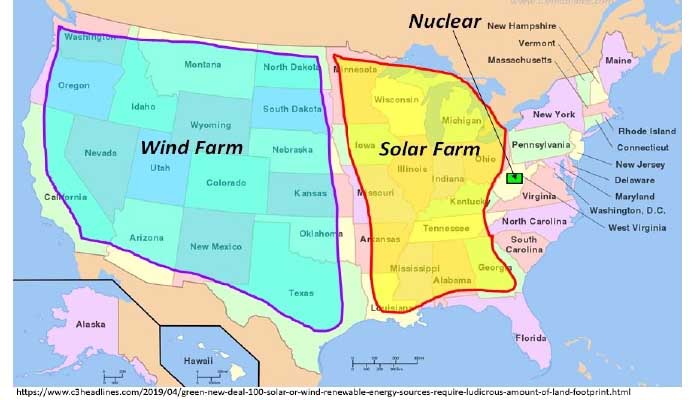 For more details on the folly of Biden’s energy plans, please read the following ADI articles:

A Review of the State of Climate Science

The Enormous Costs of Wind and Solar Electricity Generation

Problems With Wind And Solar Generation Of Electricity – A Review

Electric cars are neither green nor practical

Biden’s climate and energy policies will have no effect on global climate, will waste billions of dollars, and will kill thousands of jobs.