When Republican Liz Harris first saw a sidewalk rally to support law-enforcement in Gilbert, Arizona, she parked her car and joined the other “badge backers” for nearly two hours of flag waving.  She returned the next week and has been faithfully attending for nearly two months now.  She even helped and joined a second event each week in neighboring Chandler.

These regular events have attracted a great deal of negative attention from both Black Lives Matter and Antifa, whose counter protests on the other side of the street featured angry words and actions that targeted everyone on Harris’ side of the street, but gradually started focusing on Harris herself.

“It was F— the Police, F— Trump and then F— Liz Harris,” recalls Harris, “which was just surreal to be hearing from strangers on the other side of the street.  I mean I’m a nobody, just a regular Mom, and suddenly the mob is calling my name?”

But Harris isn’t just a mom, she’s also a Republican candidate for State House, and her social media pictures had attracted the attention of militant left-wing activists who soon started targeting her online, not just at the rallies.

“The usual left-wing stuff accusing me of being a racist because I support the police, then they started vandalizing my campaign signs,” said Harris, who described vandalism that initially matched the crowd chants of “Go back to Europe!” and evolved with the later accusations of being a racist. 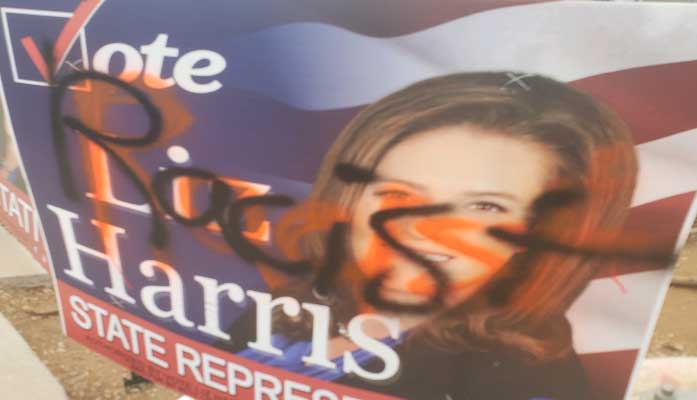 Then in the last few days, the rhetoric was turned up, as the increasingly physical nature of the counter protests manifested itself in death threats against Harris and her family. 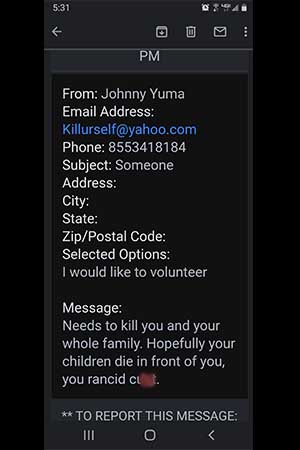 “It is just appalling to me that this level of hatred has been mainstreamed by entire political movements, and physical intimidation, rioting, assault, and death threats are now considered acceptable courses of action with someone you have a policy disagreement with.” remarked Harris, who concluded “It is unAmerican and I don’t think it is going to have the effect they want it to. We used to have 50 people supporting the police and now we get 500 people out there supporting the police. Arizona is waking up like the rest of the country and we’re not going to stand by and let the anarchists have their way like they are in Portland and other cities.”