“The critical educator cannot wait for the dominant group or the American structure to correct itself. The critical educator must understand that the oppressors cannot see the nature of their ways. Given this understanding, it is my belief that the dominant group is incapable of critical reflection or redemptive remembering….” Culture as a resource: Critically Compassionate intellectualism and its struggle against racism, fascism, and intellectual apartheid in Arizona, Augustine F. Romero, and Sean Martin Arce 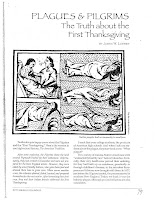 Testimony was presented by a Tucson Unified School District teacher whose child took a Mexican American Studies department American History class this past school year. She testified in the second day of hearings in the district’s appeal of Superintendent of Public Instruction Huppenthal’s finding that the TUSD Mexican American Studies classes violate state law.

The witness is currently employed in the district and her daughter took an MAS American Government class at Rincon High School with Jose Gonzales. Like other parents who have expressed concerns about their children’s experiences in the classes, she did not come forward earlier because she did not want her child to experience retaliation.

The witness explained that when her daughter first signed up for the classes, she was excited for her. She felt that as a student at Rincon, her daughter had been sheltered and she thought that the classes would give “her daughter a different perspective” and “thought it would be important to round out her education.”

An email was admitted into evidence in which the witness wrote to the Arizona Department of Education, “Mr. Gonzales her teacher, seemed like a nice guy. I met him at a rally that she was told she had to attend as part of her grade. She was told her grade would be better if she brought a parent. I was a bit disappointed by the fact that part of her grade was to attend rallies for Raza Studies, for laws the program found upsetting, and for “Chicano Americans.”

The teacher testified that it was her understanding that the rally had initially been intended to show opposition to Arizona’s controversial immigration law SB1070, however the district would not allow this. As a result, the rally focused on the Aztec people. “It was not about participation in history” but about their “religious beliefs.” The teacher found “no tie to American History.”

The classes are based on the belief that Chicano students must be rehumanized through transformative resistance and social action, and a reconnection to their Aztec roots is essential. In an earlier news report this year, a young elementary student reported that, “she never knew she had one-fifth Aztec blood” before taking TUSD’s Mexican American Studies classes. According to experts, this statement cannot be accurate unless the child is actually hundreds of years old.

The teacher explained in the email that “as a TUSD teacher I have been told never to use my opinion to sway a child.” She wrote that she was “not against rallies” if the student is allowed to make his or her own opinions known without bias and bad grades attached. I am not against Chicano American presentations if they are used an educational tool with presentations about that history. This was not the case from what I saw through my daughter.”

The teacher was uncomfortable that the students had to go to the rallies “or family gatherings.” She was uncomfortable with an “instructor who was clearly biased and presented his class in that matter.” She stated that Gonzales “said things about Anglo-Saxons, and how the Anglo-Saxons had treated people badly, particularly Chicano people.” She further stated that her daughter “experienced fellow students, primarily Hispanic, who as the course progressed had more and more of a chip on their shoulders.” Other students have come forward to the ADE, but who will not offer testimony due to fear of reprisal, have reported similar experiences with their classmates’ change of attitude.

The teacher explained that early in the start of the class her daughter “felt included and the other students talked to her, and by the end of the class” most of the students wouldn’t talk to her at all “except the student who was not of Hispanic background.” She wrote that the instructor “not only gave misinformation but did not attempt to make her or the other non-Chicano in the class, feel welcome or a part of the class.”

The teacher testified that Gonzales “taught a lot about the Aztecs” and the “life forces.” She stated that Gonzales told his class that “he didn’t care what the University of Arizona courses said, he had done his own research about the Aztecs” and there “was no human sacrifice that went on in those cultures.” She felt that this was misinformation. Many educators have not supported the Raza Studies due to what they believe is its anti-intellectual nature and its rejection of modern science based theories.

The teacher wrote in the email that Gonzales said that “no other culture was ever treated as badly as the Chicano people. My daughter did her best to interject some facts particularly that nearly all cultures have some history of being the underdog.” She stated that her daughter tried to keep the focus on the United States and that all cultures including “the Irish, the Chinese, the Native Americans had all been treated badly.” She explained that Gonzales said that with “the exception of Native Americans, they hadn’t lost their land.”

In keeping with the belief upon which the MAS classes are based, that white oppressors are not capable of understanding their own oppression and prejudice, the teacher testified that when her daughter challenged some of the claims by Gonzales, she was told things like “Oh mija, there’s just no way you can ever understand. Oh mija you just haven’t lived the way we have lived.” Augustine Romero, one of the creators of the Mexican American Studies classes, has written that “the dominant group is incapable of critical reflection or redemptive remembering,” in the aforementioned Hamlin Journal of Public Law and Policy article entitled, “Culture as a resource: Critically Compassionate intellectualism and its struggle against racism, fascism, and intellectual apartheid in Arizona.”

She testified that Jose Gonzales insisted that the students use the term Chicano despite the fact that many Hispanics find the label rude. The TUSD school board has heard the same sentiment from Hispanics in the community, but those words have obviously fallen on deaf ears. Gonzales told the student whose parent is a Structured English Immersion instructor that he opposed Structured English Immersion and that students should be “voicing their complaints with the way it is done.

Echoing what board members Dr. Mark Stegeman and Michael Hicks have stated as well as community education groups, the teacher testified that she still supported the offering of Ethnic Studies classes, but as she stated in the email “there needed to be more integration and collaboration on these courses.” Most educators’ criticisms of the current MAS classes and curriculum are that the teaching methologies employed are mostly a direct result of the narrow focus of the curriculum on “racisimization” and the effort to “problematize” students.

Educators generally agree that whenever a teacher or a school incentivizes students to take one side of a controversial issue and take action for that side it is unequivacably indoctrination. This teacher’s testimony proves that what passes for “critical thinking” in MAS classes is, in fact, its antithesis…the unquestioned and automatic support for one side of a controversial issue.