This afternoon’s meeting of the TUSD Post Unitary Status Plan Committee was most notable for who was not there, and for what was not done; MAS supporters were a no show.

The district has had two years to comply with the Post Unitary Status Plan. The plan was developed to ensure that the district was treating all students in the district equitably, and making strides to close the achievement gap.

The third meeting in three months was almost exactly like the past two meetings. The interested parties and their requests for information were ignored. The district’s excuses are growing as deadlines are passing. 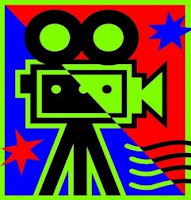 For the third meeting in a row, the members of the (self-appointed) Mexican American Advisory Board were absent. So were a number of others whose alleged interest in the district’s kids of color only extends to making sure Mexican-American Studies (MAS) classes continue to be offered for state graduation credit. The desegregation order has far more impact on the lives of all underserved students in TUSD than all the MAS classes combined. Why wasn’t a single member of the “board” there to witness the district’s lack of care? Have they agreed to turn a blind eye to the district’s failures in exchange for control over the MAS indoctrination program?

Not even Augie Romero was there. Mr. Romero, TUSD’s director of Student Equity; one of the very people, who must implement the policy, was absent. The very person who is charged with overseeing TUSD policies to desegregate its schools and close the achievement gap was not there to understand the thinking and rationale behind the programs he must implement.

Dr. Pedicone stated to the committee that Augie, despite having two years to meet his deadlines as required by the PUSP, failed to do so. He informed the group that it would be quite some time before Augie could meet his responsibilities. Maybe the delay has something to do with his upcoming trip to San Antonio?

For the third month in a row, there weren’t any cameras or an august board to address… so, there weren’t any performers present. No melodrama, just a group of people attempting to put kids first; not at all glamorous or worthy of note by the cluster blogs.

Fundamental requirements of the PUSP have not been met and the prospects for completion any time soon are not good. The vital positions of internal and external auditors have not been either permanently filled or filled at all. In a district with such an infamous and continuing reputation for discriminatory practices, these two positions are absolutely essential. The only logical conclusion is that TUSD does not consider it important to know if their programs are working and how it spends the almost $70 million in desegregation money it gets on top of its regular state allocation of funds. Is it because an auditor will find the money is not going to close the achievement gap or that district employees who should be working to close the achievement gap are off on junkets? We simply don’t know, but we can connect these dots and draw the most logical conclusions.

The discussion of school boundaries was put off once again, because once again David Scott provided information he thought the district would want provided, and not the information the parties needed. One of the only positive outcomes of the meeting was that Scott will be assigning one district employee to be responsible for the data, rather than the many now who report that the data is someone else’s responsibility.

The issues with University High School and the PUSP were once again one of the subjects that the district employees tried hard to sweep under the rug. Depending on whom you talk to in the district, sometimes and for some purposes, UHS is a magnet school. It is listed as one in the PUSP, but because it requires testing for admission the Department of Education will not allow it as a magnet school for the purposes of funding. In light of the few children of color in attendance and the high number of out-of-district students enrolled it would not meet anyone’s (except for the staff at TUSD)definition as a magnet school. As one of the participants noted today, “it is a free private school for out-of-district kids.”

The fact that the district attempts to paint this as a magnet school demonstrates their lack of understanding of equal access. The fact that employees held their tongues while the parties expressed dismay over the district’s lack of conscience speaks volumes. It is exactly this sort of institutional lack of concern for the students who continue to be failed by the policies and practices of TUSD, that allowed the MAS curriculum and some of the MAS “teachers into the district’s most underserved classrooms.

Fast And Furious Has Never Died

Ducey Pushes Back On Biden For Criticism Of Local Mask Mandates