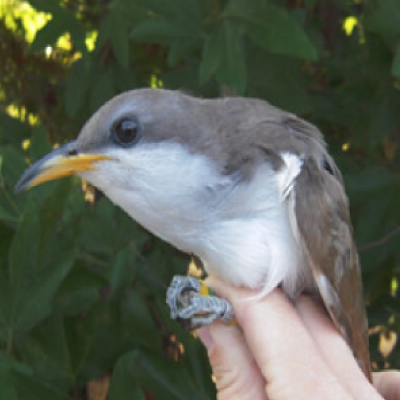 The U.S. Fish and Wildlife Service proposed to list the yellow-billed cuckoo as a threatened species and to designate 546,335 acres of land as protected critical habitat, in mid August of this year. The habitat proposal would affect portions of 80 rivers and streams in 9 western states including
Arizona, California, Colorado, Idaho, Nevada, New Mexico, Texas, Utah and Wyoming.

The proposed designation by the FWS acknowledges that protected habitat would include areas where the cuckoo doesn’t currently exist and FWS cites climate change as a factor for its decisions citing a highly controversial 2007 IPCC study as its basis.

This proposed critical habitat designation would potentially affect agriculture, irrigation, grazing, mining, forest management and construction in western states, according to Gosar. In Arizona, the designation would greatly affect the Salt River Project which provides water and electricity for millions of customers in central Arizona.

Gosar called the decision “a blatant abuse of the Endangered Species Act,” and “demonstrates once again that the FWS is no friend to the Arizona taxpayer.”

“In my previous committee hearings with the FWS I can attest firsthand of its horrendous track record of decision making. The complete disregard by the FWS of the negative economic impact of its policies on local businesses and property owners must end. Even worse, this latest designation comes with NO public hearings and the FWS cites an outdated 2007 study on climate change as basis for its habitat designation. It is clear that the FWS, with its extreme environmentalist agenda, has no concern for the consequences of its misguided polices and will take whatever action is necessary to bypass the will of the American people.”