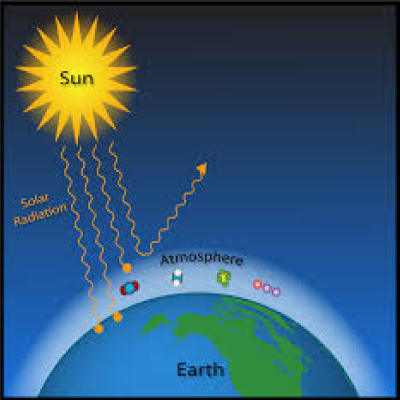 Planet Earth is 33 degrees C warmer than a theoretical planet without an atmosphere would be. Climate alarmists attribute this warmth to the radiative effects of greenhouse gases in the atmosphere. But there is another, more basic mechanism which accounts for the surface temperature.

First, a reminder of what the greenhouse effect is: solar radiation penetrates the atmosphere and warms the surface of the earth. The earth’s surface radiates thermal energy (long-wave infrared radiation) back into space. Some of this radiation is absorbed and re-radiated back to the surface and into space by clouds, water vapor, methane, carbon dioxide, and other gases.

Scottish physicist James Clerk Maxwell proposed in his 1871 book “Theory of Heat” that the temperature of a planet depends only on gravity, mass of the atmosphere, and heat capacity of the atmosphere. Greenhouse gases have nothing to do with it. Many publications since, have expounded on Maxwell’s theory and have shown that it applies to all planets in the Solar System.

Putting aside all the theoretical and dense reading required by the thermodynamic explanations, it occurs to me that we may have a practical demonstration of this alternate mechanism right here in Arizona.

Consider the Grand Canyon. The river level is 4,900 feet below the South Rim and 5,900 feet below the North Rim. Does the extra weight of the atmosphere at the bottom of the Canyon make the bottom warmer than the rim? Even though cold air sinks, the bottom of the Canyon is always warmer than the rim, at any time of the year, as shown by temperature measurements in the table below. Notice also that the higher North Rim is almost always cooler than the South Rim. This is a demonstration of the “lapse rate.” Atmospheric pressure decreases with altitude. This is because as you go higher up there is less air above you, and therefore less downward force due to the weight of this air. As pressure decreases, air expands and cools.

And just to make things interesting, a 2013 paper in Nature Geoscience explains why “A minimum atmospheric temperature, or tropopause, [separating stratosphere from troposphere] occurs at a pressure of around 0.1 bar in the atmospheres of Earth, Titan, Jupiter, Saturn, Uranus, and Neptune, despite great differences in atmospheric composition, gravity, internal heat and sunlight.” This shows that temperature is controlled by pressure, not greenhouse gases. 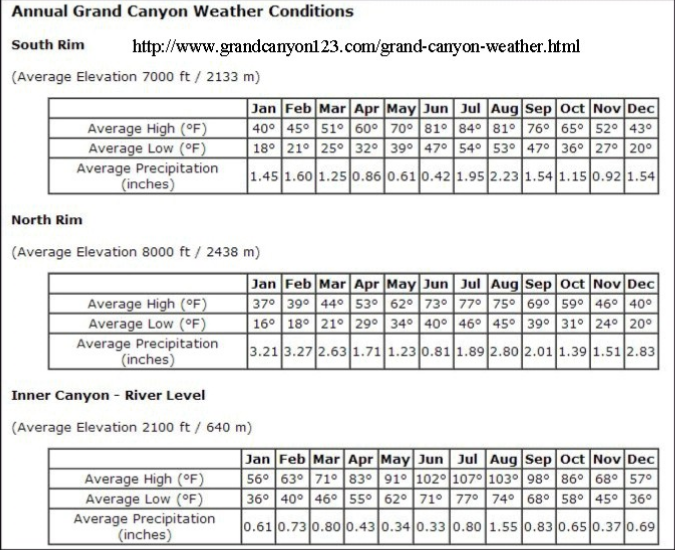