The Second Vice-Chair of the Pima County GOP, Shaun McClusky, has been implicated in an investigation of an illicit massage parlor reportedly frequented by Tucson Police officers. Confidential informants reported that McClusky, a property manager, traded services for rent, according to documents obtained from the Arizona Department of Public Safety.

As the press relentlessly prosecuted the unnamed police officers, other first responders, a preacher, and teacher in the coverage of the By Spanish and Daisy’s Delights brothels, rumors about which elected officials were involved swirled around Tucson. The rumors stemmed from a release of telephone numbers found in cellphones related to the investigation including McClusky’s.

While the media portrayed McClusky as a hapless property manager, who inadvertently rented to the ladies of the night, he allegedly had an an intimate relationship with one of the owners of the brothels. 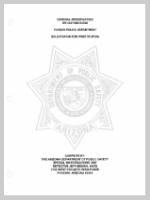 During an unrelated investigation, a Confidential Informant was identified and additional information was obtained. Through the use of the informant, information was obtained that Shaun McClusky is utilizing the services of “Daisy” (Stephanie Garcia), working from (REDACTED), in exchange providing a discounted rental rate for the residence. Research showed that McClusky, through his property management group Rincon Ventures, was the leasing agent for the property. An advertisement was located on the internet listing the asking price for the property at $1000 per month.

Upon speaking with an informant, additional information was obtained in regards to Shawn (sic) McClusky. The informant advised that McClusky would sit and talk with the girls when he showed up for his appointments. During the conversations he would tell the girls that he would assist them in obtaining rental properties and if they were late with the payments or needed assistance he would be willing to assist them in exchange for massage services. She also stated that he had an intimate relationship with “Daisy” the owners/operator of Daisy’s Delights.

Upon review of the statements it was noted that there are no consistent monthly payments such as a mortgage or car payment. 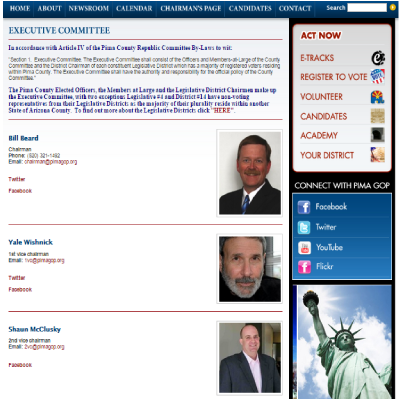 McClusky, a former employee of Donald Trump and who is proudly known as Captain Chaos, frequently runs interference for the GOP establishment. He was the beard for the McSally campaign in their effort to derail a 2014 Republican Primary challenge by Chief Master Sergeant Chuck Wooten, according to the Arizona Daily Independent. McSally’s camp brought in high priced lawyers to represent McClusky in a lawsuit filed in which they claimed that Wooten was not a registered Republican. McClusky/McSally lost that suit,  but with the pockets filled by wealthy GOP donors the frivolous lawsuit depleted Wooten’s finances and severely hampered his run. Wooten, a fav with the less-than-wealthy Republican grassroots, is still stuck with legal bills in that case.

McClusky first gained national attention when Republicans were forced to disavow his stunt in which he offered free shot guns to Tucson residents. According to the Arizona Daily Independent, “The offer by a Houston based group had been turned down earlier by Republican Party leaders who determined that the program did not serve to protect Second Amendment rights or inform the public about their Constitutional rights.”

In response to the beating the Party was taking for McClusky’s grandstanding, Carolyn Cox, chairman of Pima County Republican Party issued the following statement: “McClusky is not now, nor has he ever held any official leadership position within Pima GOP. He is acting solely on his own, and misrepresented himself as a Party official in a recent survey he emailed to all Pima County Precinct Committeemen. Shaun McClusky does not speak for Pima GOP or any elected officials.”

According to the DPS report, services were offered on the Backpage.com website. The report reads:

On the advertisement there are phone numbers listed for the business. Contact is made with the number usually by texting. Daisy’s has an answering service, upon speaking with who answers the phone; the informant would ask if a certain girl was available. An appointment is scheduled based on the time period that is requested.

Upon arrival the girl would usually meet at the door. Girls are very careful as to not to allow the clients to see each other. Informant advised that waiting in rooms is a common request in order for the girls to place new appointments into rooms. A common or available service is for a 1 hours VIP massage for $160. The informant advised that a $40 tip is what was normally given. According to the informant each massage includes a “Happy Ending.” An hour massage routinely consists of a 45 minute massage and then the “flip.” Once the client is flipped from laying on their front to lying on their back is when the sexual act is performed. Once the act is complete, the client in most cases is allowed to shower prior to leaving the business.

Based on a review of the available phone lists, and the DPS report, it appears as if McClusky was the only politico involved.