ELOY — Dressed in a nun costume only a drug smuggler could conceive, Esther Gomez De Aguilar, along with her husband, Jose Aguilar Diaz, of Yuma, were arrested at about 2 p.m. Monday afternoon, when a Pinal County Sheriff’s  K-9 team pulled their vehicle over on I- 10,  outside of Eloy.

Esther had a Bible placed in her lap when the deputy approached the vehicle, said a release from the Pinal County Sheriff’s Office.

The deputy conducted a search of the vehicle and found four bundles of suspected fentanyl pills in Esther’s purse, the police statement said.

Two more rectangular bundles of suspected fentanyl powder were located on her body, concealed under her clothing. A total of 8.5 pounds of fentanyl was seized, with an estimated street value of about $90,000.

Sheriff Mark Lamb said drug smugglers will use any method they can to try to conceal narcotics.

“Fentanyl is extremely dangerous,” he said in the statement. “All it takes is the equivalent of 4 to 5 grains the size of sand to kill you. This is another win for the K-9 deputies and we thank them for their efforts in keeping our community and Arizona safe.” 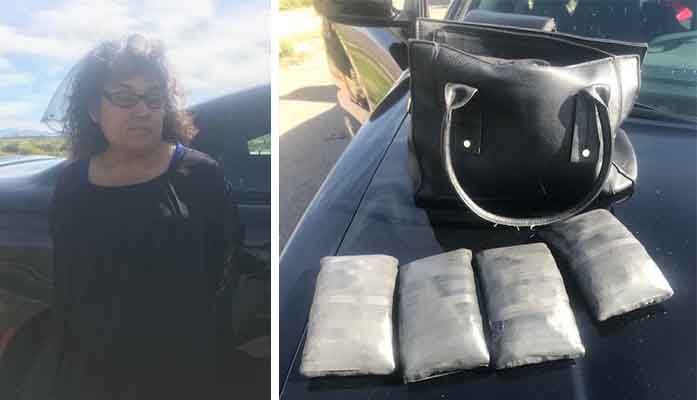 The ruse of the nun costume and Bible did not fool the K-9 team that stopped the alleged smugglers.