The Democratic candidates were in attendance at the “We The People Summit” in Washington “where an NAACP official asked the crowd to repeat after him a quote he attributed to the fugitive, Assata Shakur,” according to Fox News.

Assata Shakur (Joanne Chesimard) is wanted for escaping from prison in Clinton, New Jersey, while serving a life sentence for murder. On May 2, 1973, Chesimard, who was part of a revolutionary extremist organization known as the Black Liberation Army, and two accomplices were stopped for a motor vehicle violation on the New Jersey Turnpike by two troopers with the New Jersey State Police.

At the time, Chesimard was wanted for her involvement in several felonies, including bank robbery. Chesimard and her accomplices opened fire on the troopers. One trooper was wounded and the other was shot and killed execution-style at point-blank range.

In 1977, Chesimard was found guilty of first degree murder,  and was sentenced to life in prison. On November 2, 1979, Chesimard escaped from prison and lived underground before being located in Cuba in 1984. She is thought to currently still be living in Cuba.

Changemaker High School received a $690,000 federal grant from the Dept. of Education to develop their academic program, according to the school.

The PRAXIS Youth Organizing Conference is based on the work of Paulo Freire, a Brazilian Marxist who was an educator advocating radical critical pedagogy. The event’s website states that the “academic model used during this conference will challenge students to engage in critical thinking around issues facing them, their communities and the world today.”

“The theme of this years PRAXIS conference is “Joining Forces”. (sic) Joining Forces means prioritizing the development of new relationships and partnerships in social justice and organizing spaces as a way to build power in our networks. PRAXIS will stress the importance of how ordinary people, and most importantly youth, can collectively create (through vision and action) a more just world that we want to live in,” according to the website. 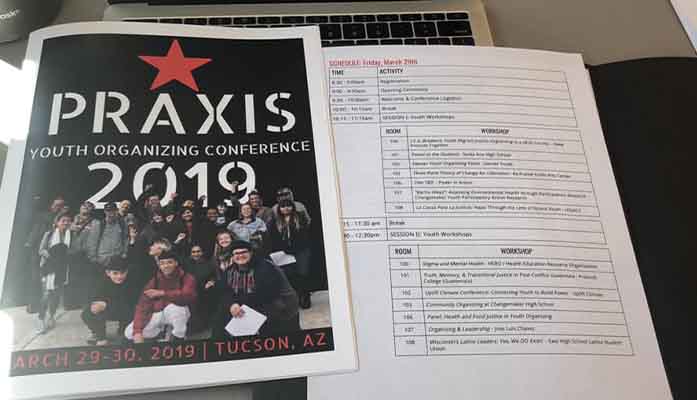 Changemaker High School’s mission is based on the philosophy of Praxis, a Marxist-based method of developing students into change agents.

Earlier this year, Changemaker raised concerns when educators had students engage in a quasi-religious/Aztec-based ritual before the start of class.