The leader of Tucson’s Sanctuary City Initiative, Zaira Emiliana Livier, expressed deep regret upon the passing of David Koch. “I’m getting a little tired of these criminal billionaires dying before we get the chance to publicly execute them,” wrote Livier on Facebook.

Radical University of Arizona Professor Roberto “Cintli” Rodriguez responded to Livier, his Facebook friend, “I would pay to see their heads roll.”

Livier posted and tweeted the comment almost immediately after Koch’s death was announced on the August 23.

I’m getting a little tired of these criminal billionaires dying before we get the chance to publicly execute them.

Livier is leading the so-far-successful ballot initiative effort to make the City of Tucson an official “Sanctuary City.” Livier’s group successfully fought a challenge by the Pima County Republican Party to prevent the initiative from appearing on the City’s November ballot. A Pima County Superior Court judge ruled in favor of Livier’s group in the case in which the Pima GOP alleged that the pro-sanctuary group had not gathered an adequate number of signatures to qualify for the ballot.

I’m in court sitting next to the “plaintiffs” (typical tea party enthusiasts) of the GOP lawsuit against @SanctuaryTucson and they’re so pasty they should probably be wearing sunscreen indoors. #DefendSanctuary

Livier’s initiative is expected to fail in November due to the fact that progressive leaders in Tucson align with the GOP in opposition. Their lack of support has riled Livier, a vocal bigot and avowed socialist, who has been nearly as critical of Tucson’s progressive leaders as she is of the Koch brothers and “pasty” Republicans.

The legal team for the GOP used the fact that Tucson Democratic electeds and mayoral candidates are against @SanctuaryTucson as an argument of bipartisan opposition. Can you imagine being lumped into a team with racists like the Tea Party & GOP?

There have been numerous efforts to dismantle the Commission because it has become little more than a soap box for Livier and Isabel Garcia, a former Public Defender and head of Derechos Humanos. Those efforts have failed despite the fact that the Commission has so little support even among members that it has been unable to hold public meetings due to a lack of a quorum.

Livier first achieved widespread notoriety when she led the successful attack on a small Tucson business, whose owner made comments in support of President Donald Trump. The company, Cup It Up, went out of business in a matter of days after her call for action against it.

Livier set up a GoFundMe account to raise money to bring the body of her departed deported brother to the United Sates for burial. In no time at all, she raised thousands of dollars from her followers. 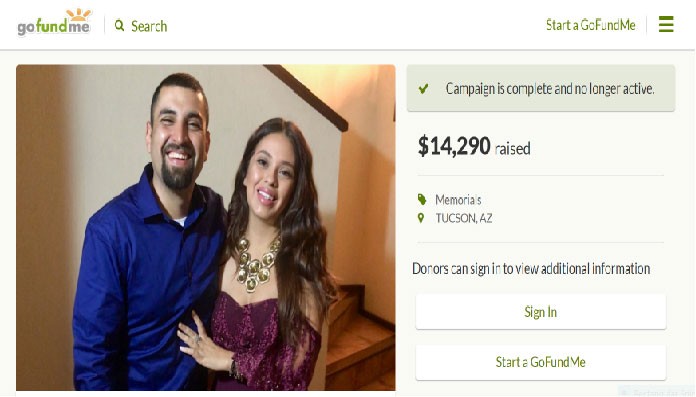 Livier has also tried to use Said’s death to support her baseless statement that deportations get “good people” killed. She has even gone so far as to claim that her brother’s execution, at the hands of a fellow criminal, was proof that Border Patrol and ICE agents are murderers.

David and his brother Charles, referred to commonly as “the Koch brothers,” were disliked by both hard-core progressives and some conservatives for their political influence and Libertarian leanings.