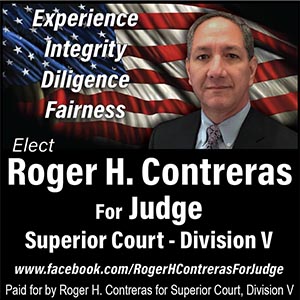 On June 22, the Riot House nightclub in Scottsdale was named in a criminal complaint for allegedly “not properly enforcing” social distancing and mask-wearing mandates. Two days later, a judge dismissed criminal charges that could have sent the owner of a Fountain Hills restaurant to jail for up to six months after she was accused of violating one of Gov. Doug Ducey’s COVID-19 executive orders.

And on June 26, a Winslow business owner was back in court on charges he allegedly operated a non-essential business in April in violation of Arizona’s emergency management law. He too faces six months in jail and up to a $2,500 fine if convicted.

The criminal complaint filed in Scottsdale City Court against 4425 Saddlebag 2 LLC, which does business as Riot House, alleges that local police officers observed staff members and customers not wearing face coverings nor practicing social distancing inside the popular nightclub.

Earlier this month Ducey issued another COVID-19 inspired executive order which states “businesses shall assist in efforts” aimed at controlling infections.  In discussing the Scottsdale warnings, Ducey made it clear he expects strict adherence to public health guidelines.

“If they chose not to, there will be accountability and there will be enforcement, and there will be more for bad actors,” Ducey said. In recent weeks, local and state officials have warned bar and restaurant owners to comply with COVID-19 orders or face possible action against their liquor licenses.

While the Scottsdale case against Riot House is just getting underway, the owner of Euro Pizza Café is no longer being prosecuted for violating one of Ducey’s COVID-19 executive orders. At least for now.

Court records show Merita Kraja was cited in April by the Maricopa County Sheriff’s Office after deputies contended she frequently allowed customers to eat their to-go orders on a patio outside her Fountain Hills restaurant. On June 22, the Maricopa County Attorney’s Office said prosecution is “no longer in the public interest,” and asked the judge to dismiss the case.

“In our criminal justice system, the Government retains ‘broad discretion’ as to whom to prosecute,” Deputy County Attorney Ryan Green noted in requesting the dismissal. “While Ms. Kraja was slow to comply (with Executive Order 2020-09), the State’s understanding is that there were no additional violations after she received her citation.”

Green also noted he believes MSCO deputies were justified in issuing the citation to Kraja, whom he said “should have made better efforts to protect public health.” But he believes her conduct does not warrant a criminal conviction at this time.

The judge agreed and on June 24 dismissed the charges without prejudice. That means Kraja could be recharged at the county attorney’s discretion, something the businesswoman’s attorney sought to avoid by unsuccessfully arguing for a dismissal with prejudice.

Then on June 26, Winslow businessman Daniel Mazon was in a Navajo County court for his second hearing after being arrested, handcuffed, and placed in a patrol car by two Winslow police officers investigating complaints in April that Mazon’s jewelry and art store was not complying with Ducey’s non-essential business executive order.

Mazon, 70, contends he added items -such as livestock feed, convenience food, and cleaning products- to his inventory to comply as an essential business prior to the officers’ arrival. A hearing has been set for Aug. 7 to determine whether he was in fact selling essential items.