PHOENIX – The vast desert landscape of Phoenix Raceway and the lush greenery around Richmond International Raceway are 2,269 miles apart. Although each track has unique characteristics, NASCAR Cup Series playoff teams have had Saturday’s Federated Auto Parts 400 in Virginia circled on their calendars since the 2020 schedule was released.

When it was revealed at the end of 2019 that Phoenix Raceway would be the site of NASCAR’s Championship Weekend in November, the sanctioning body developed new car modifications to enhance the level of competition on 1-mile tracks.

The short-track package, which emphasized low downforce and high horsepower (750 to be exact), made its highly anticipated debut at Phoenix in March, showcasing cars with a significantly smaller spoiler, splitter and other aerodynamic adjustments designed to put drivers more in control of their machines with less aero-dependency.

Racing at Phoenix in the past two seasons had become monotonous and single-file, so fans and competitors in March were overwhelmingly positive about the changes, which are designed to revive the physicality and thrills that short-tracks should provide.

Compared with November’s semifinal race at Phoenix, there was a noticeable increase in competitiveness. For starters, there were 20 lead changes in March, compared with the eight in November. Even more astonishingly, green-flag passes throughout the event totaled 2,241 – a nearly 40% increase from November.

This information is vital because Richmond will conclude the live testing sessions teams have to fine-tune for the championship. With COVID-19 protocols abolishing the luxury of practice to compile data since NASCAR’s return, the only opportunities teams have to master the package have come sporadically at Phoenix and New Hampshire Motor Speedway, and will wrap up at Richmond.

The new low-downforce package derives from the successful 1-mile combination used from 2017-18, so although teams are unable to practice, they will undoubtedly refer to notes compiled over the last three years at Richmond.

One driver unfazed by the exemption of practice is 2018 champion Joey Logano, who won and finished runner-up at Phoenix in 2017 but struggled to adjust to the car changes last year.

“That one is not bothering me a bit,” said Logano, 30. “I usually tune the car out at Richmond and we go all the way back to what we unloaded with after two practices. It might be the one race that is going to be OK for me without practice, just because it’s so hard to practice there with the tire wear that you’re always second-guessing, ‘Was it the change, was it just older tires, was the track rubbering up?’”

Logano’s No. 22 has an average finish of 2.5 at 1-mile tracks using the 750-horsepower package – the best of any competitor in the field, so he could find himself in a favorable position come Saturday, should his notes from years past correlate well with knowledge from 2020.

Falling back on previous data and applying setups is the easy part in preparing for a race like Richmond, but for the brains atop the pit box, success resides in anticipating trends. The common denominator for the flat, 1-mile tracks has been Goodyear’s development of a new “robust” tire.

The rubbers were devised to serve as a complement to the rules package, as the new compound and construction were meant to give the cars more grip. As Kevin Harvick’s championship winning crew chief Rodney Childers notes, with added mobility comes risk and strategy in terms of tire management.

“You look back at 2018 and the type of racing that we did up there and the amount of tire fall-off that we had and all those things, that was a special type of racing back then,” Childers said. “To be able to go back and do that again, I think you’ve seen at all the 750 (horsepower) tracks this year, the racing has been outstanding. I think you’ll see the same thing at Richmond – a lot of tire fall-off, the stage lengths are just a little bit different, and I think it’ll be a great race up there.”

In a typical 400- to 500-lap short track event, the competition often is subject to a significant amount of drama, given the nature of racing in such close quarters. The reality of the flatter racing surfaces like Phoenix, New Hampshire and Richmond is that they race like intermediate tracks, meaning more continuous single-file racing. 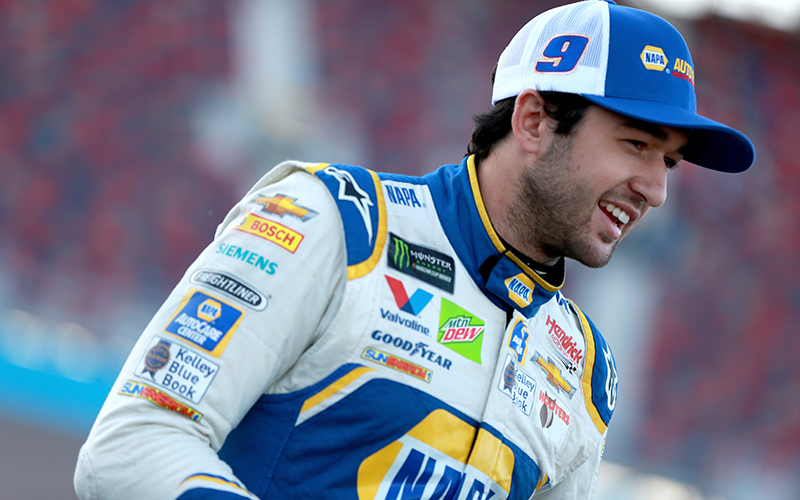 With the inception of the new package, both Phoenix and New Hampshire saw a fairly drastic increase in yellow flags between this year and last. The biggest catalyst? Among the 23 combined cautions, eight of those accounted for blown tires, so it would be wise to run a clean race and be mindful of managing your tires in order to maximize compilation of data.

Although 2017 champion and two-time Richmond winner Martin Truex Jr. doesn’t see much correlation between Phoenix and Richmond aside from the package and tires, he believes the most efficient way to prepare for the series finale is referring back to the spring race. Although seen as vastly different tracks, the driver of the No. 19 ran well all day in the desert until a wreck took him out of contention with about 30 laps remaining, making the race this weekend undoubtedly more important than ever.

“I think running well with this package and having confidence with it is obviously a huge deal,” Truex told Cronkite News. “We definitely weren’t good enough to win (at Phoenix), so we’ve got to figure out how to find more. We’ve been close with the low-downforce package there in the past – we’ve run second, we’ve run third, we’ve led some laps here and there, but we’ve never been a dominant car. Hopefully we’ll be in the final four and have to figure this out, but it would be nice to figure out how to be the guy to beat there.”

The next and final stop in refining notes for the Championship Weekend ends Saturday in Richmond. A select few playoff drivers, including Logano, Harvick, Chase Elliott and Brad Keselowski, probably feel confident in what they’ve learned between successes at Phoenix and New Hampshire. Still, there are a few heavy hitters in Truex, Kyle Busch and Denny Hamlin, who’ve had mixed results at the two short tracks.

No matter how you look at it, the Federated Auto Parts 400 is sure to provide those watching at home with ample thrills. As the last tuning session for the series finale, this should serve as one of, if not the, most important events in the playoffs leading up to November’s championship. Entertainment and strategic value increased immensely at the two tracks to implement these rule changes, so Richmond should follow suit.