Yuccas are one of the iconic plants of the desert. There are about 15 species with names such as Spanish bayonet, soap tree yucca, sotol, banana yucca, bear grass, and Joshua trees. Native American people used yuccas extensively for food, fiber, and soap.

Yuccas can be distinguished from agaves by their thin leaves, which are semi-succulent to non-succulent, as opposed to the fatter succulent agave leaves. Also, yuccas send up stalks almost every year, while agaves produce a stalk only once then die.

Western yuccas range from semi-arid grasslands, the northern Great Plains, through woodlands, and dry tropics of Mexico. One species occurs in the southeastern U.S. and West Indies.

All western species of yuccas are pollinated by moths; the eastern species is pollinated by bees. Both yucca and moths have evolved to depend upon each other and have a symbiotic relationship. According to the Arizona-Sonora Desert Museum, yucca “blossoms need pollen from a different plant to produce a seed, and it must be packed into a deep receptacle on the stigma, an event that could not occur by chance visitation. The moth is equally dependent on the yucca. It lays eggs on each pollinated ovary, and the hatched larvae eat some of the developing seeds.” 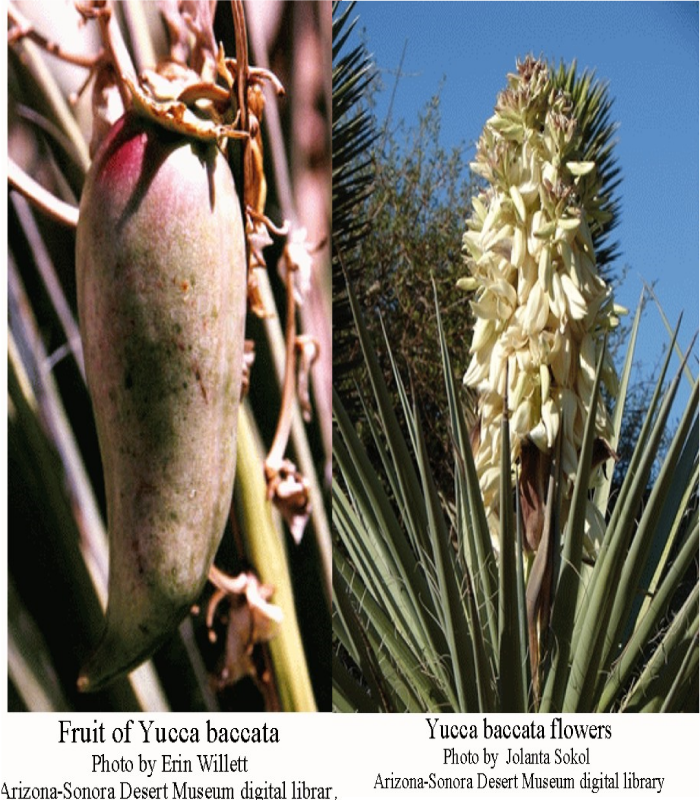 Flowers, flower stalks, seeds, and squash-like fruit are edible, raw or cooked. The fruit of the banana yucca (Yucca baccata) was especially favored. The pulp from the fruit was, after cooking, often pounded and sun-dried, then shaped into cakes that could be stored for winter use. It can also be used as a substitute for apples. Yucca pie anyone?

The roots of the Mohave yucca (Yucca schidigera) were used to provide a foaming agent in root beer.

Pounding the leaves to remove soft tissue frees tough fibers that were used to make rope, mats, clothing, sandals, nets, and mattresses. The thin leaves of some yuccas, such as Joshua tree and the bear grass varieties, were stripped and soaked to make them pliable, then woven into baskets. Upon drying, the leaves become very hard.

The roots of some species, particularly the soap tree yucca (Yucca elata) contain saponin, a soap-like chemical. According to Cornett, “Pounding the roots in water produces copious suds. Indians used these suds to wash their hair and clothes, and for ritual cleansing in ceremonies.”

The stems of the Mohave yucca are used for livestock deodorant. 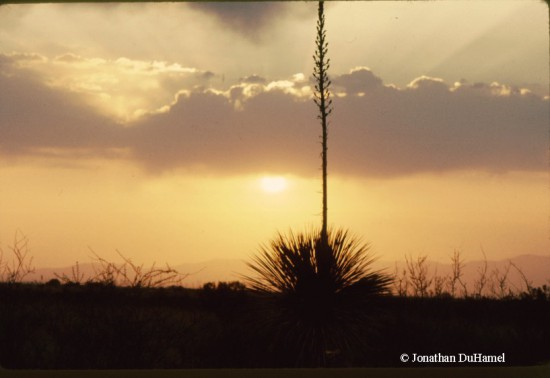