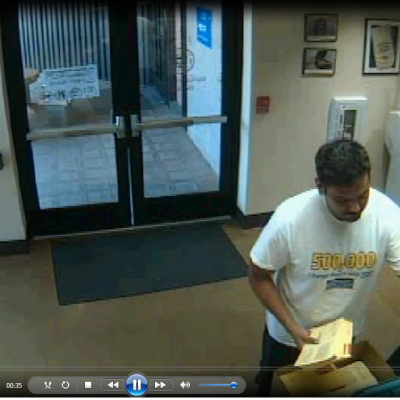 The attorney for AJ La Faro, Chairman of the Maricopa County Republication Party, filed a Motion to Dismiss the lawsuit that was filed against him for actions he took to protect the integrity of the early balloting process in the General Election in November. The Motion to Dismiss has to assume the truth of the allegations, but argues it still fails to state a claim for relief based on that assumption as a matter of law.

La Faro’s attorney Dennis Wilenchik filed the Motion which included seeking attorneys’ fees against the Citizens for a Better Arizona for filing the lawsuit without substantial justification and for the purpose of retaliation.

In August, 2014, La Faro was acting as an official observer at the early election facility. La Faro challenged the representative of the “Citizens for a Better Arizona” who arrived with a large box of hundreds of early election ballots and started stuffing them into the ballot box. At least one of the ballots was not even sealed which La Faro noted. The representative then left and returned with what appeared to be the sealed ballot and deposited it in the ballot box. The Plaintiff and the Citizens for a Better Arizona both sued La Faro for defamation, false light, and intentional infliction of emotional distress. La Faro’s legitimate challenge was also met with vulgar statements, among other things referring to La Faro as a “Gringo,” while the Citizens’ representative while continued to stuff ballots into the ballot box.

The entire episode was videotaped by the Elections Department, and La Faro posted that video online to bring awareness to the situation and the potential for voter fraud in our state by asking whether this was voter fraud and asking the viewer to be the judge. Ballot tampering (illegal voting)constitutes a felony in this state.