In a video that went viral, Tucson Unified High School administrator Augustine Romero insisted that the Mexican American Studies classes that had been found to violate Arizona were once again being offered to students. The District’s Superintendent H.T. Sanchez quickly denied that claim.

In the video filmed at the National Association of Multicultural Educators conference held at the Tucson El Conquistador Hotel, in early November, Romero shouted that the theoretical framework, and the pedagogical foundation was in place in the classroom. Romero, who developed that framework, built it upon the works of Paolo Friere and Critical Race Theory.

Still, Sanchez went so far as to publically state that Romero would be reprimanded after the ADE asked the District to prove that program has not returned. To that end, the District turned over a large box earlier this month filled with course work, lesson plans, and other documents related to classroom instruction.

After a brief review, the documents obtained by the ADI through a Freedom of Information Act request, appear to validate Romero’s claims.

In a quick review, virtually nothing could be found among the volumes of photocopies that would indicate that students receive anything other than an indictment of the oppressors, otherwise known as white men. A counter point-of-view was not evident at all despite the fact that the curricula framework states that the instructors include the works of conservatives such as Thomas Sowell.

The material overall could be described as a compilation of radical memes and intended only to create resentment for the white population and people of color who accept a white man’s world.

While the review was admittedly cursory, a determined effort to locate any item in the box that might present a conservative or even moderate political perspective was unsuccessful.

Between Romero’s assertions and the materials turned over by the District, it is unlikely the classes will not be found to violate the law which prohibits classes which create resentment of people based on their race or ethnicity. 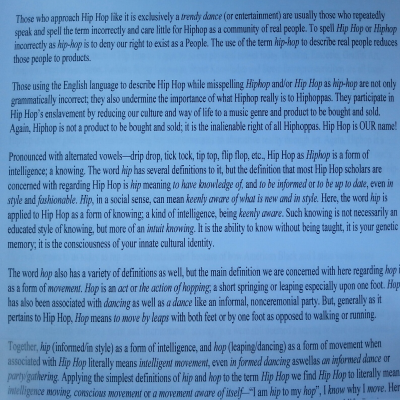 According to sources, the District has been unable to find teachers who are willing to teach the classes. As a result, not only are the students in the classes denied exposure to differing narratives, the students are denied highly skilled and qualified teachers. Instead, the students in many classes are being instructed by long term substitute teachers.

While the Special Master assigned to oversee the Districts desegregation case has fought for the classes, the federal judge who oversees the case ordered that the Culturally relevant classes must comply with State law.

The African American plaintiffs in the desegregation case have fought for highly qualified teachers in small sized classrooms for over 30 years, in the case of the Culturally Relevant classes, they are only guaranteed small class sizes due to the fact that not only do the teachers reject the divisive courses, but the students reject them as well.

TUSD board member calls for investigation of Culturally Relevant courses