Climate alarmists get all hot and bothered about the prospect that our climate will not remain “normal.” So what is normal? During the past 15,000 years, global temperatures have been as much as 15 degrees C colder and almost 3 degrees C warmer than now.

Almost 15,000 years ago, Paleo-Indians, called the Clovis people, were hunting mammoths in the fertile, temperate valley grasslands of southern Arizona. They hunted other big game in the forested hills as well. The Arizona-Sonora Desert Museum’s “Mammoth Kill-Site” exhibit represents an encampment of these people based on an archaeological site on the San Pedro River near Tombstone. The climate was rapidly recovering from the previous glacial epoch and reached temperatures similar to the present time by about 14,500 years ago. 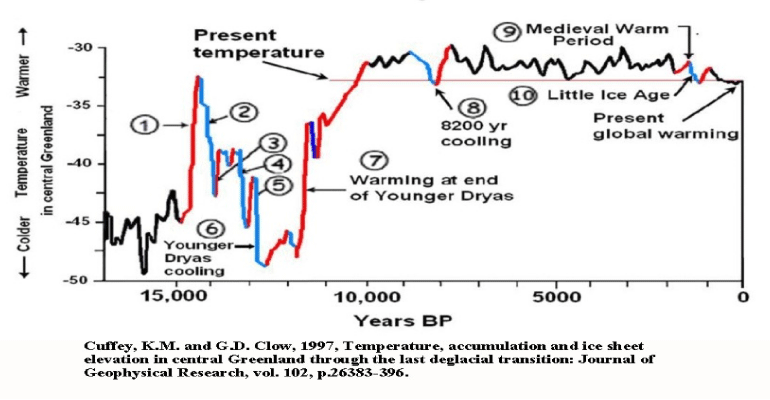 Ice-core data from Greenland show how things changed. About 14,000 years ago there began an abrupt change in climate which plunged temperatures back to glacial conditions. The main cooling period is called the “Younger Dryas” (6 on the graphic). Somewhat smaller, preceding changes in climate are called the “Older Dryas” (4) and “Oldest Dryas” (2). The cause of this abrupt climate change is the subject of great scientific debate and has yet to be resolved. The result of this abrupt climate change was the extinction of mega-fauna and dispersal of the Clovis culture.

During the Younger Dryas, atmospheric carbon dioxide fluctuated greatly and even reached levels higher than that of today according to an analysis of fossil plant stomata (see graph in this article).

Temperate plants and animals retreated to higher elevations forming what we today call “Sky Islands.” With higher elevation comes cooler temperatures and more rain. Traveling the road from downtown Tucson to the top of the Santa Catalina mountains will pass through eight plant biomes. 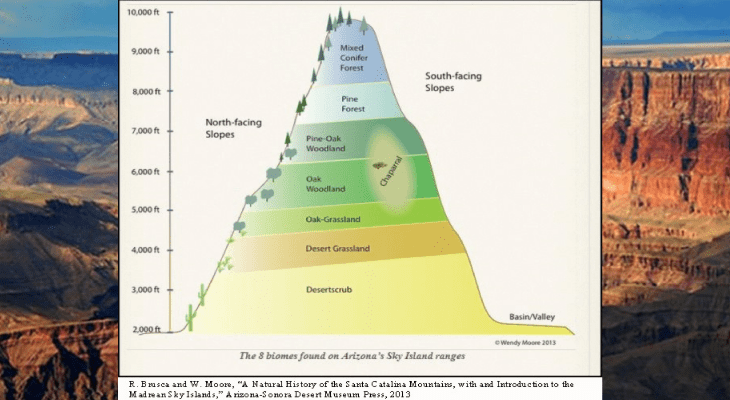 Warmer temperatures also brought cycles of drought. These seem to be related, at least in part, to the El Nino Southern Oscillation. Strong El Ninos bring warm, wet winters to the Southwest. Droughts have had an impact on ancient civilizations in the Southwest (see this article) and it currently impacts our water supply. 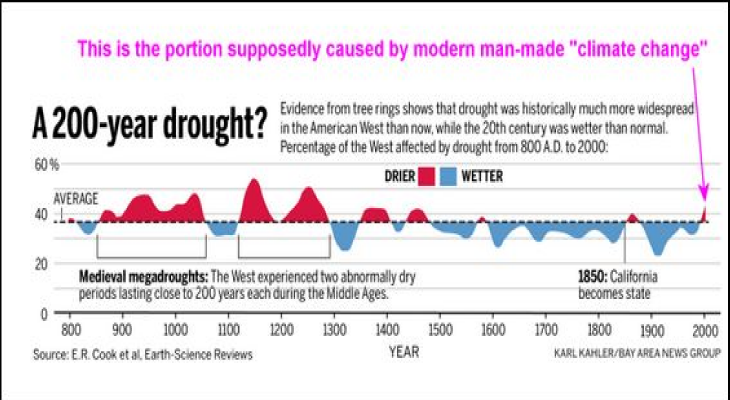 The point of this brief history is that climate has always been changing, sometimes drastically, due to a combination of natural forces. But that is normal. We cannot stop climate change by passing laws and regulations; we just have to adapt to it as we have done in the past. The hardest times we have had were when it got cold.

Megadroughts and the Arizona Daily Star

Drought and predictions of doom for the Southwest