Pima County Administrator Chuck Huckelberry wants taxpayers to fund the purchase of the Golden Pins Bowling Alley on Miracle Mile. Huckelberry is proposing a purchase price of $2.85 million for the building.

In 2008, Pima County Supervisor Sharon Bronson touted the promised changes to Miracle Mile, a well-established sex trade corridor, in an article in the now-defunct Tucson Citizen; Miracle Mile strip gets respectable with face-lift.

The Miracle Mile strip, a 1.5-mile stretch between Interstate 10 and Oracle Road, has been a breeding ground for illegal activities and all the characters who come with it.

“A lot of people would drive slowly around,” Bill DeVinney said, “looking for something.”

From about the mid-1980s until the early 2000s, anyone seeking the seedy, illegal or violent activity could find it on Miracle Mile.

Now they find the largest and newest Tucson police station, the Westside Service Center at 1310 W. Miracle Mile, several new businesses and revamping of existing ones. Even the 40-year-old Golden Pin Lanes, 1010 W. Miracle Mile, is undergoing a $1 million makeover.

The $1 million makeover of the bowling alley is nearly complete, one more upgrade of the area. Renovations include new lanes, flat screen scoring monitors, painting, fixtures and carpet.

“Since the police station came down the street, Miracle Mile is changing like it used to be,” said Golden Pin co-owner Pete Tountas, who moved to the area in the mid-1960s, before the bulk of the area’s decay. He and Don Allan bought the bowling alley in 1974.

Once the renovations are complete, they plan to offer weekday bowling for 99 cents to drum up summer business, Tountas said.

“It would have been bad for the city and the neighborhood,” Tountas said, if Miracle Mile had not started to bounce back to its former glory. “I’m glad they are trying to revise it. We’re doing our part. We invested a lot of money and we’re here to stay.”

Carson, who owns Tackleman’s Fishing Supply at 1293 W. Miracle Mile, said the area’s improvements started about four years ago. His business, which is in a building that was originally a 1927 ranch house, just got a new roof and new lime green paint job.

Carson was referring to the city condemning and tearing down Tropicana Adult Video Theater in 2004.

The Oracle Project, which works to improve Oracle from Drachman Street to Miracle Mile, was born around that time.

“It’s a team effort,” Bronson said of the Oracle Area Revitalization Plan at the time, according to the Citizen. “We’re all working as a team.”

The team failed and the tackle shop is closed. Along with it went La Fuente, one of Tucson’s favorite tourist dining attractions. Now, the police station, the repurposed Ghost Ranch Lodge, and Golden Pins are some of the only buildings on the strip that have not fallen into disrepair.

“Plans are to co-locate compatible and synergistic programs that are currently residing in leased facilities,” according to Huckelberry’s memo. “Pima County will remodel and utilize this facility as a community resource and health center.”

This agreement will allow the seller, Mr. Don Allan to remain in the facility and to operate as a bowling alley for a period of up to 1 year after the closing date of the sale. Golden Pins will be allowed to remain in this facility free of charge. In a Board of Supervisors Agenda item report dated May 15, 2018, Huckelberry states the continued occupancy by Mr. Allan will benefit taxpayers as they will not have to pay for security. He also states the relocation of programs to the acquired property will result in a cost savings with the provision of integrated, easily accessible services to the public.

“This is another example of the wasteful and unnecessary spending which continues unabated as our roads are falling apart. There are never monies available for roads but there always seems to be plenty for deals such as the Canoa Hills Golf course and now a bowling alley to remodel and repurpose”, stated Supervisor Miller. I would also like to know why Pima County isn’t moving these services to the building taxpayers remodeled for Caterpillar at 97 E. Congress? This facility will be vacated by Caterpillar in January of 2019 when they move in to the facility being built by Rio Nuevo,” said Miller. “Why not use a facility we already own for these services?” 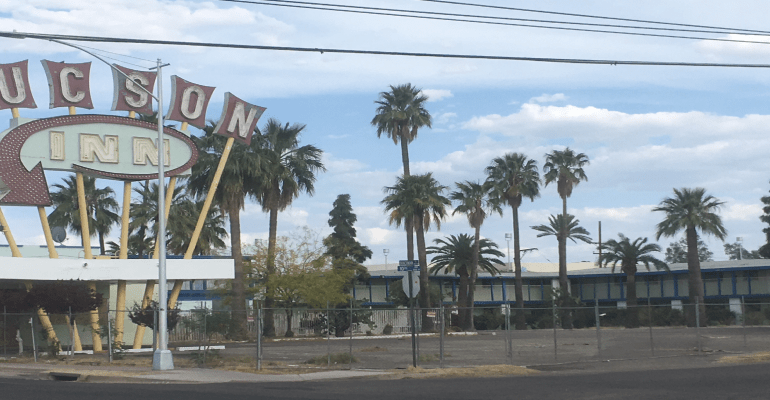 While the appraisal from Valbridge Property Advisors was presented at $2,200,000, it is unclear why Huckelberry has recommended the purchase price of $2,850,000 to the Board of Supervisors. Huckelberry’s recommended purchase is nearly 30% higher than the appraised value submitted by Valbridge Appraisers. 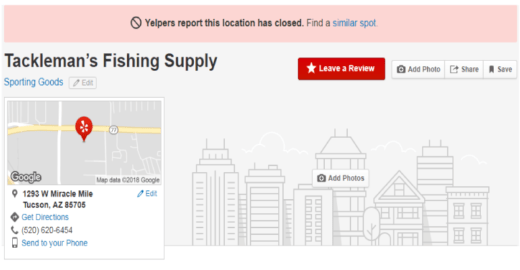 Adding to the confusion was a second appraisal from Valbridge Property Advisors on the same date for $2,000,000. “I will be asking Huckelberry about these conflicting appraisal amounts at the board meeting on May 15, 2018,” stated Supervisor Ally Miller. “This second appraisal signed by the same appraiser raises serious questions regarding the validity of the appraisal.”