PHOENIX — The Phoenix Police Department has released the names of the 16 people who were arrested Friday night during a protest outside an Immigration and Customs Enforcement office.

Two protesters were arrested for assaulting police officers, and the rest are accused of ignoring warnings by police to get off the light rail tracks. 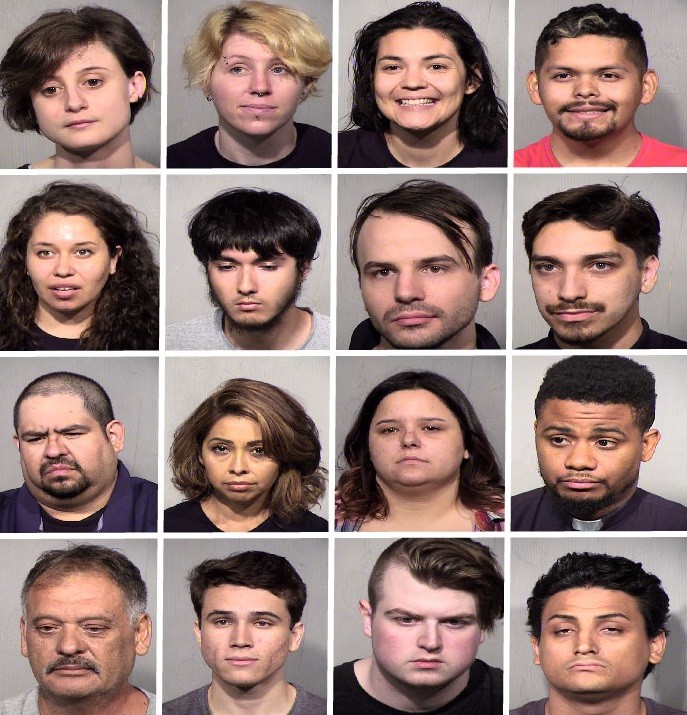 Arrested for Unlawful Assembly and Obstructing a Public Thoroughfare:

Arrested for Aggravated Assault on an Officer:

The protest was in response to the announcement that ICE is planning to roundup subjects of deportation orders on Sunday.

Police officers were reportedly assaulted while attempting to take the suspects into custody.