A Casa Grande man convicted of multiple charges of sexual misconduct with a minor may not like how his attorney represented him at trial in 2015, but that doesn’t mean the attorney provided ineffective assistance, the Arizona Court of Appeals ruled last week. 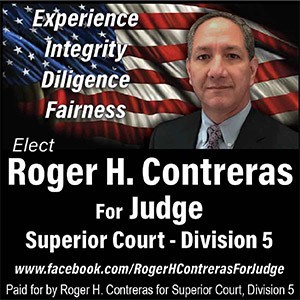 Arnold Terrell Hawkins is serving a 97-year prison sentence after a jury found him guilty of four counts of sexual conduct with a minor, one count of sexual abuse of a minor, and one count of child molestation. All of the offenses occurred in 2012.

Hawkins, 47, will be released in January 2111, according to the Arizona Department of Corrections (ADC). He would be nearly 140-years-old.

After trial, Hawkins unsuccessfully appealed his convictions, then filed a petition for post-conviction relief with the Pinal County Superior Court on the basis of ineffective assistance of counsel at trial.  Judge Delia Neal held an evidentiary hearing on Hawkins’ claims that his attorney “essentially abandoned her role as a defense attorney” by allegedly inadequate cross-examination of several prosecution witnesses, including the victim’s mother and a police detective.

Neal even allowed testimony at the hearing from another lawyer who contended Hawkins’ defense attorney handled the trial in an incompetent manner.  But the judge determined the trial lawyer’s performance did not fall below “reasonable standards,” even if Hawkins’ attorney did not defend the case in the manner another lawyer may have.

Hawkins then went back to the court of appeals in November 2019 for a review of Neal’s findings. The appellate court granted review, but in a 3-0 decision announced July 2 Hawkins was denied the relief he hoped for.

Citing established case law, the appellate decision notes that while the other attorney who testified at the evidentiary hearing might have chosen to defend Hawkins’ case differently,  “disagreements about trial strategy will not support an ineffective assistance claim if the challenged conduct has some reasoned basis, even if the tactics counsel adopts are unsuccessful.”

The decision also notes Hawkins’ trial attorney “took the necessary steps” to present the defense theory to the jury and drew the jury’s attention to the best arguments in support of Hawkins’ acquittal.

Hawkins has until early August to petition for review from the Arizona Supreme Court. In the meantime, he is currently housed at the Arizona State Prison Complex – Eyman in Florence.

ADC records show Hawkins was classified as a maximum custody risk level upon his arrival to prison in February 2016 but has since dropped two levels to medium custody.

The Pinal County Attorney’s Office, which prosecuted Hawkins at trial, was represented in the recent legal challenge by Deputy County Attorney Geraldine Roll.