The Pima County supervisors are expected to vote on the RICO requests at today’s Board of Supervisor’s meeting.

Later in the day, Arizona legislators are scheduled to hear testimony from Pima County resident as to the ongoing misuse of RICO monies.

Changes to RICO oversight went into effect in August 2017 as a result of the passage of HB 2477 by the Arizona Legislature last year. The bill was hailed as a major reform of Arizona’s asset forfeiture laws. RICO (Racketeer Influenced Corrupt Organizations) funds “are generated by law enforcement activities that result in asset forfeiture proceedings,” according to the Arizona Criminal Justice Commission.

RICO monies are expected to be used for law enforcement supplies and training in their efforts to specifically fight criminal organizations and/or aid victims. However, the funds have become slush funds of sorts and are too often used by county attorneys and other law enforcement officials to win friends and influence people.

The request by LaWall for approval of a $5000 payment to the Perimeter Bicycling Association of America, Inc. is evidence that HB 2477 did virtually nothing but diffuse responsibility for irresponsible spending. 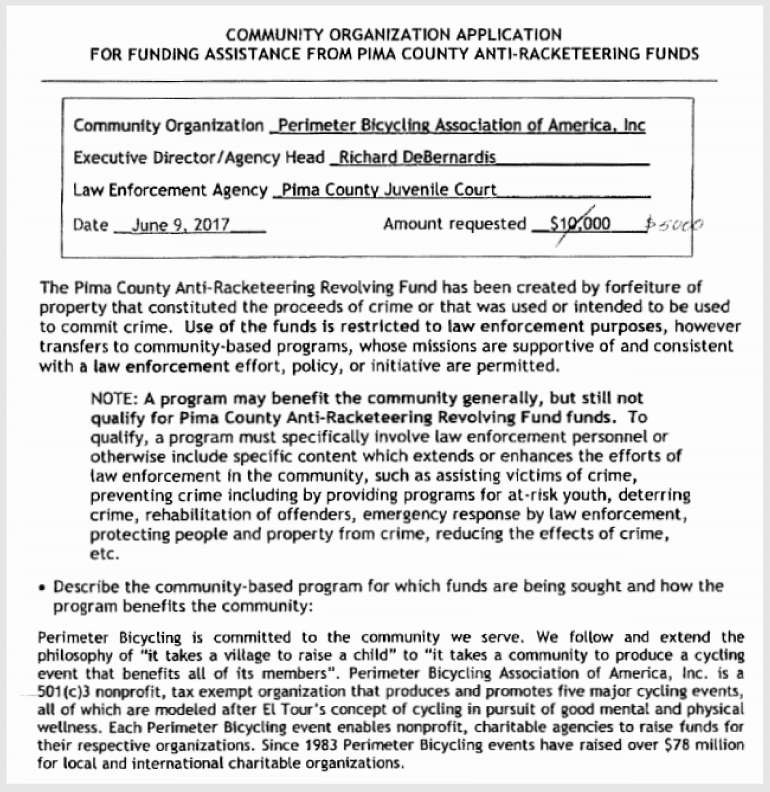 The Perimeter Bicycling Association of America requested $10,000 initially. The organization notes in its application that it hopes to use the money to manage juvenile offenders, who will volunteer in the organization’s office, as part of court ordered community service. 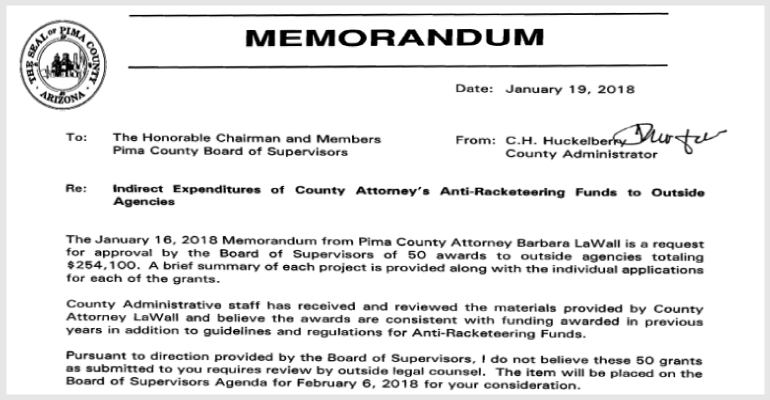