This past weekend (July 20 & 21, 2019), I attended the 37th annual meeting of the Doctors for Disaster Preparedness which was held in Tucson. Many interesting talks were presented. Here, I report on one of them.

Irish researchers Michael Connolly and Ronan Connolly presented results from three of their papers based on radiosonde data that may change our understanding of how the atmosphere works. 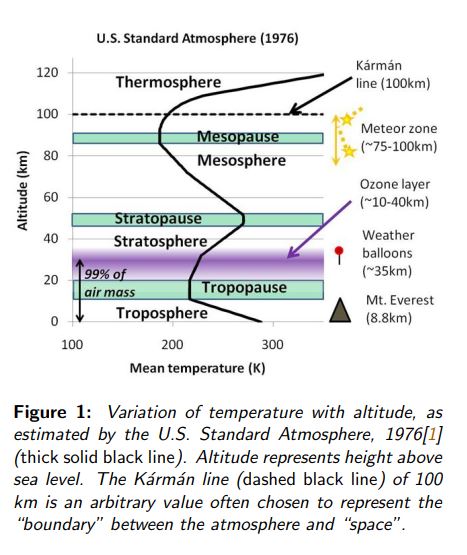 The Connolly’s discovered a phase change associated with the troposphere-tropopause transition, which also occurs in the lower troposphere under cold, polar winter conditions. They found that when this phase change is considered, the changes in temperature with atmospheric pressure (the barometric temperature profiles) can be described in relatively simple terms. These descriptions do not match the radiative physics-based infra-red cooling/radiative heating explanations used by current models.

The phase change is due to partial multimerization (weak bonding) of the main atmospheric gases, and therefore is a phase change which has not been considered by the current climate models. If this theory is correct, then this offers new insight into the formation of jet streams, tropical cyclones, polar vortices, and more generally, cyclonic and anti-cyclonic conditions. It also offers a new mechanism for the formation of ozone in the ozone layer, and a mechanism for radiative loss from the atmosphere which has been neglected until now.

They also  identified a mechanism for mechanical energy transmission that is not considered by current atmospheric models., They call this mechanism “pervection.” They carried out laboratory experiments which reveal that pervection can be several orders of magnitude faster than the three conventional heat transmission mechanisms of conduction, convection and radiation. This could be fast enough to keep the atmosphere in thermodynamic equilibrium over the distances from the troposphere to the stratosphere, thereby contradicting the conventional assumption that the lower atmosphere is only in local, rather than nearly global, thermodynamic equilibrium.

The Physics Of The Earth’s Atmosphere I. Phase Change Associated With Tropopause

The physics of the Earth’s atmosphere II. Multimerization of atmospheric gases above the

The physics of the Earth’s atmosphere III. Pervective power

The Connolly’s work seems consistent with that of Scottish physicist James Clerk Maxwell who proposed in his 1871 book “Theory of Heat” that the temperature of a planet depends only on gravity, mass of the atmosphere, and heat capacity of the atmosphere. Greenhouse gases have nothing to do with it. (see my post)

An examination of the relationship between temperature and carbon dioxide